New Delhi– Its format is rather unique: part fiction, part history and part travelogue. Pakistani author Haroon Khalid says his third book, “Walking With Nanak”, is a “conscious attempt to humanise the saint” and could be the first work of its kind in the country.

“I had already done two books which were pure travelogues. I wanted to experiment within the genre so I came up with the idea of fictionalising half of the book — Nanak’s journey … with his Muslim companion, Bhai Mardana. 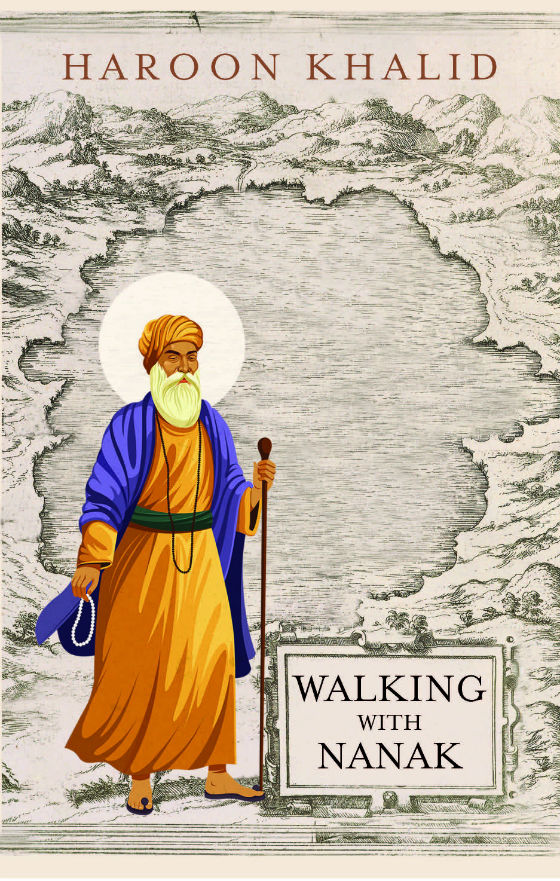 “Another reason why I wanted to fictionalise this part is because I wanted to understand and then present the character of Nanak beyond his hagiography. I think that is how he too would have liked to be remembered. Therefore, I made a conscious attempt to humanise the saint which only fiction could allow,” Khalid, who has an academic background in anthropology from the Lahore University of Management and Sciences (LUMS), told IANS in an email interview from Islamabad.

At the same time, Khalid admitted to being “much more nervous” about “Walking with Nanak” (Tranqebar/pp 292/Rs 699) compared to the first two, given the new format.

“It will be interesting to see what people think about it. Secondly, I am dealing with a sensitive topic, which is the institutionalisation of religion. I know that many devotees of Nanak would have a different interpretation of his message and would criticise me on my subjective interpretation of him,” Khalid said of the book that will be formally launched next month.

On that score, he need have no apprehensions as the book is not merely a story of gurdwaras but is also the retelling of the story of Guru Nanak the son, the poet, the wanderer, the father, the friend and more. Sifting through the stories of his miracles and poetry, the book brings out the picture of Guru Nanak the man.

Khalid said one reason why he chose to study Guru Nanak’s life and his travels was because of a “long fascination” with his character.

“I have always known that Nanak, like me, was a Punjabi, but his character became increasingly difficult to access in a Muslimised Punjab after the creation of Pakistan. There are hardly any references to him in popular culture. There was, therefore, a curiosity in me to learn about someone who is such an integral part of my culture yet blatantly missing from cultural representation,” the author explained.

To write effectively about Guru Nanak, Khalid read his biographies, which were helpful in allowing him to understand the chronology of his journeys, but they still did not give him a good insight into Guru Nanak the man.

“All his biographies were a collection of stories of his miracles. In order to delve deeper into his psyche, I, therefore, engaged with his poetry which, of course, presented a more accurate picture of how he thought. Then, there were the dialectical discussions with my mentor who accompanied me on all these journeys and features heavily in the book.

“Iqbal Qaiser is an expert on Sikh history and wrote a seminal book on Sikh heritage in the country. Through our discussions, we dissected the several stories of Nanak and tried imagining what would have really happened. These discussions are mentioned as they are in the book. Finally, there was the engagement with the physical spaces at places that Nanak had visited. This was more like a spiritual engagement rather than academic research. It would be unfair to categorise this as research, but rather I would regard this is a deeper spiritual understanding of his life,” Khalid said.

“This, then, is understood in the context of Nanak’s own philosophy and life,” Khalid said.

He also lamented the lack of any literature on the Sikh community in Pakistan.

“The large body of work in Sikhism in Pakistan is a recent phenomenon. It is for the most part limited to the heritage of Sikhism in the form of historical gurdwaras. Most of these books are pictorial or descriptive accounts of different Sikh gurdwaras in the country, just re-narrating their histories. There isn’t much engagement in this literature.

“There is still hardly any literature on the Sikh community in the country. In fact, my first book, ‘A White Trail’, which includes a comprehensive section on the Sikh community in the country, is the first such attempt to talk about the history of the Sikhs after the creation of Pakistan. Another important feature that is missing from this large body of work is how these places are interpreted and understood in a Muslim Pakistan, which has increasingly been identified in an Islamic framework. In that regard, I believe, ‘Walking with Nanak’ is the first book of its kind,” Khalid said.

From the photographs in the book, it is quite apparent that many gurdwaras are well maintained. Is this done through community donations or does the government too chip in?

“Most of these gurdwaras have recently been renovated. It is only in the past few years that the Pakistani state has woken up to the potential of Sikh religious tourism in the country, and the need to renovate and promote these historical gurdwaras to attract more tourists. It is part of the state’s agenda to project itself as liberal and tolerant after years of being viewed as the hub of terrorism.

“While the government has been generous with its own funds in some of these cases, it also now invites foreign Sikh charity organisations to help renovate these shrines. A lot of these shrines have been renovated in this process. The local Sikh community is still not economically strong enough to take care of these gurdwaras on their own,” Khalid said. (IANS)