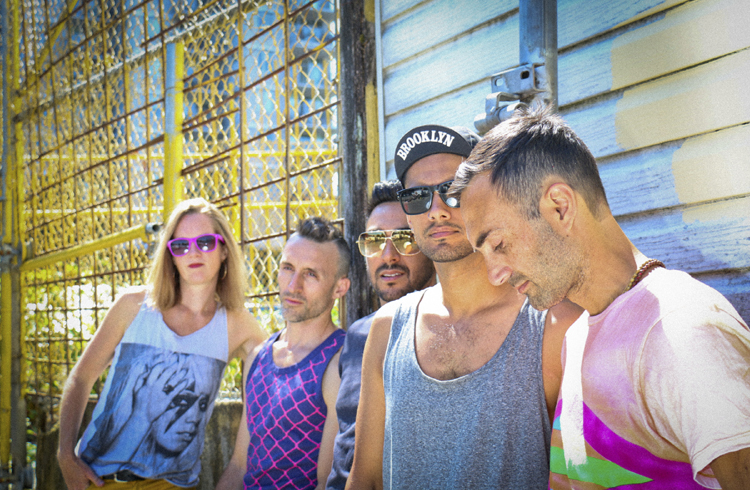 New Delhi– After shooting a video in Mumbai’s Dharavi, considered Asia’s largest slum, Vancouver-based world music group Delhi 2 Dublin, that comprises a mix of Canadians and Indo-Canadians, is set to put the spotlight on the “hidden world of bhangra” in their upcoming documentary.

The electronic pop-bhangra fusion band launched the official music video of “We’re All Desi”, shot with the local cast and crew in Dharavi slum earlier this year. Now, they are working on a documentary on bhangra — a genre of Punjabi dance and music.

“At the moment, we are shooting a documentary on the ‘hidden world of bhangra’. Trying to shed light on this subculture of Punjabi music in Vancouver that has such deep roots here (India), and also in the UK. We’ll be travelling to Punjab later this month,” Tarun Nayar, the band’s DJ and tabla player, told IANS in an email interview.

The band, which also consists of Sanjay Seran, Ravi Binning, James Hussain and Serena Eades, will show India in a good light. But generally, when international films — including Oscar-winner “Slumdog Millionaire” — choose India as a backdrop, the focus is on poverty or other social evils.

“It’s so annoying! We’re vocal about it both in our music and in our online and real-life personas. And it’s not just Indian culture that is fetishised and exotified for easy consumption of the mainstream — it is all narratives outside the conventional white, straight-male perspective,” he said.

Talking about “We’re All Desi”, he said the video was the brainchild of videographer Kedar Sonigra.

“We were on a flight together last year, jamming about how to tell a story around our song ‘we’re all desi’. He pitched the idea for the video, we loved it, and he worked really hard to make it happen. Playing around with classic Bollywood themes in a non-conventional representation of a ‘slum’ appealed to us — it challenges our stereotypes,” he said.

So, any Bollywood dreams?

“We are working on a small Bollywood project. Loving it,” he said.

Right now, they are pumped-up about their Indian tour, which will conclude on December 17 in Bengaluru. “So excited. After our trip to India last year, which included SulaFest and Jaipur Lit fest, we just couldn’t wait to come back,” said Nayar.

And their fans in India must be overjoyed as Delhi 2 Dublin is not restricted to just one genre.

“We’ve never been too concerned about fitting into a genre or getting radio or TV play. I guess, from the outset our music was so weird that those things weren’t an option for us.

“So we just make whatever music we like. Ranging from really folky to really electronic. And over the years, as we’ve grown, so too have our tastes and the music we represent.”

He says the band, which was formed 10 years ago, didn’t really strategically pick any form, but agrees they have a strong bhangra influence as “2.5 of our members are Punjabi”.