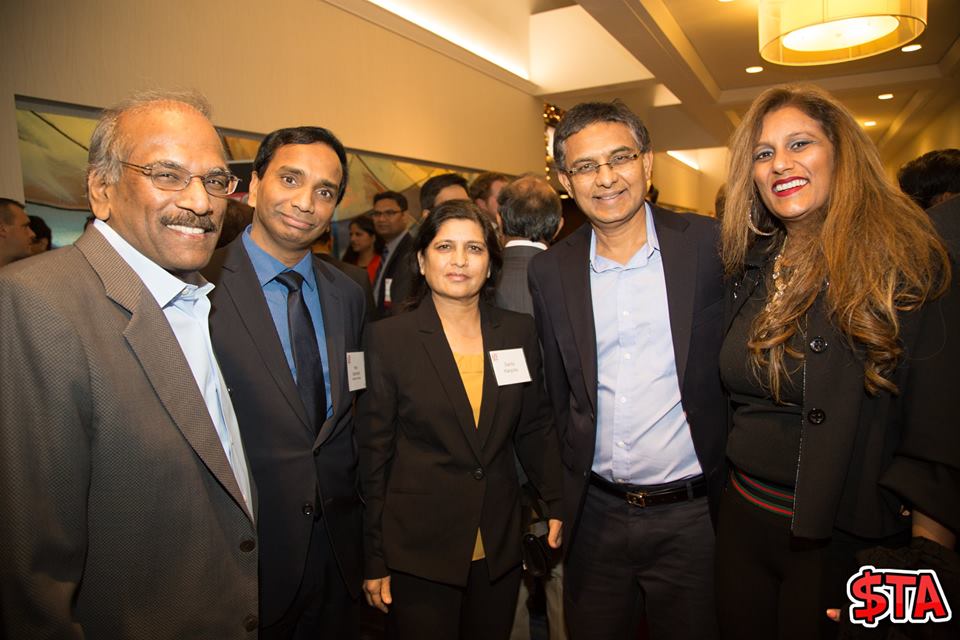 TiE-Boston President Praveen Tailam presented a report on TiE-Boston activities to its 150-plus charter members and guests. The sold-out event was attended by over 200 people.

“It is an honor to serve this community, and TiE-Boston is proud to play an important role in the bustling startup ecosystem of New England,” said Tailam. “Over the 20 years of operating, we have built a solid foundation of programs designed to uniquely empower and lead entrepreneurs towards success. Through this, we attract an incredible array of successful entrepreneurs and executives as our charter members and young professionals as our members and volunteers.”

Tailam said TiE programs create connections while they instill the seeds of entrepreneurship in high schoolers, create access to capital for early stage startups, and provide the tools to companies that are ready to scale up.

“We are excited for what lies ahead, and Gala is a great celebration of what has been achieved and what is yet to come,” Tailam said.

Tailam said that some of the successful TiE-Boston programs include TYE, Angel Forum and ScaleUp.

“To date, our Angels program has invested $5.7 Million in 20 companies,” said TiE-Boston Executive Director Laura Teicher. “We are currently accepting applications for our third ScaleUp cohort.”

Teicher said TiE-Boston accelerator program is designed to support startups that are in the phase where they already have some seed financing and are ready to scale up.

“Our first two cohorts, both of which graduated in 2016, have raised over $14 million and counting in funding to date,” said Teicher. “As a not-for-profit with a mission of supporting entrepreneurship, we do not take equity or charge any fees to participating companies.”

Mukesh Chatter, a tech entrepreneur who received TiE-Boston’s 2016 Lifetime Achievement Award, talked about his journey as an entrepreneur.

“It is an honor and privilege to be receiving this award,” Chatter said, adding that his wife, Preeti, has been a key partner in his entrepreneurial journey. “One is none and two is one. That is how me and Preeti have done together.”

Chatter is a successful high tech entrepreneur and current co-manager of investment firm NeoNet Capital. In 1999, Chatter sold his Nextabit Networks for $900 million to Lucent Technologies. He had co-founded Nextabit in 1996 with his wife. He also founded NeoSaej Corp. and Axiowave Networks Inc.

Chatter recalled that it was not easy to get venture funding in 1990s when he launched Nextabit. After getting $5 million in initial funding, the couple had to work 16 hours per day, seven days a week—weeks after weeks and months after month and years after year.

When Nextabit took off, Chatter said it had two exit options: either follow the Initial Public Offering Route or sell the company. The company decided to sell. Lucent initially offered $300 million and then increased its offer to $900 million and singed the deal  at 3:00 AM in the morning.

When Chatter told his mother about the sale of the company for a whopping $900 million, she gave him this advice: “The great thing is that it happened, but don’t let it get in your head.”

Chatter said that when nobody becomes somebody, “everyone loves you.” “Finally, my wife admitted that may be I was good looking…Overnight, I became an expert.”

He said a lot of things have to come together for things to work.

“I had no control on the outcome. The only thing I had control on what we did,” Chatter said.

TiE-Boston annual gala, which was held at Burlington Marriott Hotel in Burlington, MA, also honored other entrepreneurs and awarded the following:

Changemaker of the Year: Liz Powers, Co-founder and Chief Happiness Spreader at ArtLifting

Volunteer of the Year: Moha Shah, Consultant and Startup Advisor

Founded in 1997, TiE Boston is the second biggest and oldest chapter with the TiE-Global, the largest not-for-profit organization fostering entrepreneurship, with a global network of members from 61 chapters in 18 countries.