New Delhi– Stopping physical exercise during the winter season increases the storage of cholesterol in the body, medical experts here said on Thursday.

According to them, another reason that contributes to the cholesterol storage during winters is the lack of vitamin D synthesis from sunlight. 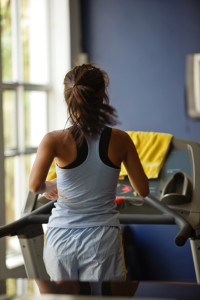 “A decrease in sunlight pushes the body to store more cholesterol than usual as a protective measure. The seasonal variation in cholesterol levels could lead to more progression of fatty liver disease in the winter. Physical activities decrease during winters, and skipping exercise routine may be a contributor to the increase in cholesterol readings,” said Ravinder Pal Singh, Head of liver Transplant and Gastrosciences at Saroj Super Specialty Hospital.

Contending that physical exercise is the best way to keep obesity and diabetes away, which in turn helps to keep the liver damage-free, Singh said: “The association between high cholesterol and fatty liver disease becomes more apparent with the arrival of the winter months.”

Several medical statistics showed that 80 per cent of people who are obese or diabetic are more prone to liver diseases during winter and remaining 20 per cent suffer from non-alcoholic fatty liver (NAFL).

Sanjay Singh Negi, Director of HPB Surgery and Liver Transplant at BLK Super Specialty Hospital, said: “Liver is in charge of removing toxins from the body. Binge drinkers should abstain from alcohol in winters. Have lots of garlic which helps liver mobilise enzymes that remove toxins from the body.”

“It also has a high amount of natural compounds like selenium and allicin, which clean the liver. Catechins, an antioxidant found in green tea have properties of flushing out toxins and improve liver functioning. Lettuce, spinach and beetroot nullify the effect of chemicals and are the best way to detoxify the liver,” said Negi.

Cholesterol is a wax-like substance in the blood, which is critical for digesting dietary fats, building cell walls and manufacturing vitamins and hormones. Cholesterol is transported throughout the bloodstream through lipoproteins, to be used or excreted by the body.

“Excess of cholesterol presence becomes harmful for the body and causes health problems. With its abundance, the blood vessels becomes clogged easily and the blood circulation is restricted to various organs of body including heart, kidney, brain and limbs. This excess cholesterol also gets accumulated as fat in the liver and causes fatty liver and its associated diseases,” said Negi.

According to the doctors, when such cholesterol is accumulated in the liver, it drains out the levels of glutathione, a powerful antioxidant which protects the liver from inflammatory factors responsible for damaging it.(IANS)

‘Vaccination hesitation — a bigger evil than the virus’

Boost your well-being while in isolation