Chennai– From superstar Rajinikanth’s Tamil gangster drama “Kabali” to Mohanlal’s Malayalam action-drama “Puli Murugan”, southern cinema thrived on the business made by these biggies and at the same time also witnessed the surprise hits of low-budget, content-driven films such as “Pellichoopulu” and “U-Turn”. 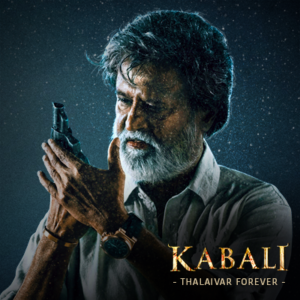 “Nearly all star-studded Tamil outings this year turned out to be successful with Suriya’s ’24’ being an exception. Both ‘Kabali’ and Vijay’s ‘Theri’ managed to mint over Rs 100 crore worldwide and had an extended run in cinemas. This year also gave Tamil filmdom a new star to celebrate,” trade analyst Trinath told IANS.

With two blockbusters in his kitty in 2016, Sivakarthikeyan emerged as star material with “Rajini Murugan” and “Remo”.

A leading producer, who requested anonymity, told IANS: “For Rajinikanth, Vijay and Ajith, it took over 15 years to rise to the top but what Sivakarthikeyan has achieved in just four years is exceptional. With back-to-back hits, he has not only become the darling of the masses but has turned out to be a safe bet for distributors too.”

This year was also special for Vijay Sethupathi, who had six Tamil releases and tasted commercial success with “Dharmadurai”, “Sethupathi” and “Aaandavan Kattalai”.

Low-budget Tamil movies such as “Uriyadi”, “Ammani” and “Metro” stood out for not treading the usual path.

Telugu film stars such as Allu Arjun and Jr NTR ruled the roost in 2016 but it was films such as “Kshanam” and “Pellichoopulu” that proved commercial success is beyond star value.

According to distributor Krishnam Raju, the success of “Pellichoopulu” can make for a great “case study”.

“A lot of producers throw away money on star-centric films and the returns are usually minimal, thanks to the high production cost. ‘Pellichoopulu’ was made on a shoe-string budget and it was marketed aggressively with over a dozen pre-release screenings which helped in generating buzz organically, and it worked in the film’s favour,” Raju told IANS.

In North America alone, Tharun Bhascker-directed “Pellichoopulu” raked in over Rs 6 crore, much to the surprise of the entire industry.

Allu Arjun’s “Sarrainodu”, rumoured to be made on a budget of Rs 45 crore, grossed over Rs 100 crore and ended up as a very successful venture.

Striking a perfect balance between content-driven and star-centric cinema, Malayalam industry yet again gained an upper hand over other southern industries.

Superstar Mohanlal delivered two back-to-back blockbusters. Interestingly, his “Oppam” worked due to its content, whereas “Puli Murugan” was lapped up for its overall commercial treatment.

“Mohanlal bounced back strongly with three Rs 100 crore grossing films (including ‘Janatha Garage’). With ‘Puli Murugan’ continuing to run in select cinemas, distributors made a fortune on the film with its high returns,” distributor Arvind Nambiar told IANS.

Other hits include Nivin Pauly’s heartwarming drama “Jacobinte Swargarajyam”, which was made on a budget of Rs 7 crore and earned around Rs 22 crore in returns.

“Usually known to play safe by betting on successful remakes, Kannada filmdom won over new audience from different quarters with ‘U-Turn’ and ‘Godhi Bannaa’ which were successful at the box-office too. These films turned over a new leaf, assuring the industry hasn’t lost its mojo yet,” distributor Sudharshan Hegde told IANS.

Among the stars, Sudeep delivered a hit with “Kotigobba 2”, which raked in over Rs 50 crore. Shivrajkumar’s horror-thriller “Shivalingaa, with over 100 days of extended run in cinemas, ended up as a successful venture. (IANS)