BELMONT, MA– On popular demand, SETU is re-staging epic Ramayan play on Friday and Saturday in Belmont, MA. The play was staged four times in October and was well-received. 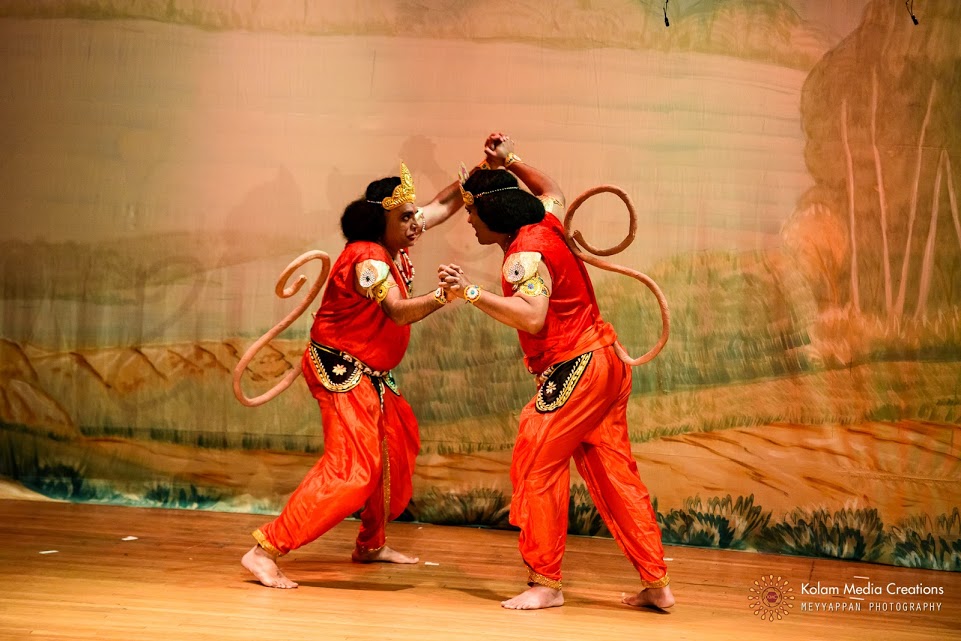 “We are restaging due to popular demand,” said  Subrata Das, director of the play and co-founder of the Stage Ensemble Theater Unit, known as SETU among the theater community in Greater Boston, that is producing the play. “We do have some change in the cast with five new faces. Two shows: Fri, Dec 9 at 7:00 pm and Saturday, Dec. 10 at 6:00 pm at the historic Belmont Town Hall Theater.”

In the past, SETU has produced and staged plays like Mahabharata and Shahjahan.

“Our humanistic angle places less emphasis on characters’ traditional godly attributes but rather approaches characters as relatable, vulnerable human beings,” said Das. “Our colorful stage production accentuates the powerful roles of some of the lesser known women characters – Kaikaye, Urmila, and Surpanakha – just to name a few, and from Rakshasa and Vanara clans.”

Das said Ramayan is a family friendly show and that children will love appearances from the golden deer and life-size queen of Eagle Jatayu, as well as the trial of Sita by fire.

Twelve  of SETU’s committed artists wrote the script of this play, which is written and played in English.