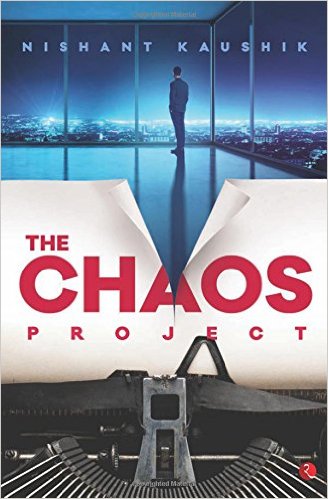 New Delhi– Flick through a thrilling tale of a former police inspector, know how to work on your own bad habits, read the intriguing tale of a girl who reappears 20 years post her sudden disappearance and wade through the story of a man dealing with the repercussions of his ego and his carefree demeanour.

Former Chief Inspector Gamache has been hunting killers his entire career and, as the new commander of the Surete Academy, is given the chance to combat the corruption and brutality that has been rife throughout the force. But when a former colleague and professor of the academy is found murdered with a mysterious map of Three Pines in his possession, Gamache has an even tougher task ahead of him.

When suspicion turns to Gamache himself, and his possible involvement in the crime, the search for answers takes the investigation to the village of Three Pines, where a series of shattering secrets is poised to be revealed.

Habits are the invisible architecture of everyday life. It takes work to make a habit, but once that habit is set, we can harness the energy of habits to build happier, stronger, more productive lives.

So if habits are a key to change, then what we really need to know is: How do we change our habits?

“Better than Before” answers that question. It presents a practical, concrete framework to allow readers to understand their habits and to change them for good. Infused with Rubin’s compelling voice, rigorous research, and easy humour, and packed with vivid stories of lives transformed, the book explains the (sometimes counter-intuitive) core principles of habit formation.

Along the way, Rubin uses herself as a guinea pig, tests her theories on family and friends, and answers readers’ most pressing questions oddly, questions that other writers and researchers tend to ignore: Why do I find it tough to create a habit for something I love to do? Sometimes I can change a habit overnight, and sometimes I can’t change a habit, no matter how hard I try. Why? How quickly can I change a habit? What can I do to make sure I stick to a new habit? How can I help someone else change a habit? Why can I keep habits that benefit others, but can’t make habits that are just for me?

Whether readers want to get more sleep, stop checking their devices, maintain a healthy weight, or finish an important project, habits make change possible. Reading just a few chapters of “Better Than Before” will make readers eager to start work on their own habits even before they’ve finished the book.

Akila Raina, the principal’s precocious daughter, was only 10 when she disappeared. Shyam, who was with her on that fateful night, is daily haunted by a dream — a dream more grisly than reality could possibly be — until Akila mysteriously reappears 20 years later, grown up and gorgeous.

She tells him of surreal worlds, her travels between them, her encounters with strange creatures, their own connection across the realms and the malevolent power that lies at the heart of it all. “Savage Blue” is an unnerving ride into the unknown.

“Break the pattern”, “Live your dream” and other “YOLO” mantras have been peddled in many films and stories. But few stories tell us about the likely aftermath that follows the courageous adoption of such advice. When high-flyer Nakul Kapoor gets swayed by arrogance and a chance brush with an iota of literary success, he reckons it is time to hang up his corporate boots and find his true calling as a novelist.

But once on this seemingly glorious bandwagon, he is met with no less than a fraudulent agent. There are critics within and outside the family, a depleting bank account and a past beneficiary who just won’t return his money. With an ego too large to return to the old job and a mind too wise to not sense financial adversity, Nakul is now driving on the road to nowhere. And all that keeps him from that elusive flash of success is a mighty stroke of luck, layered with tonnes of patience.