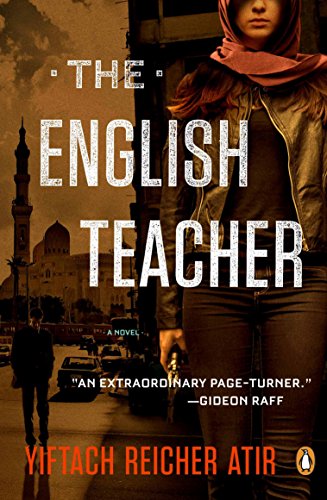 For any spy agency, even more worrisome than the possibility of its agents abroad being unmasked and inviting some sort of reprisal from the targeted country, is the prospect of its spies (or even ex-spies for that matter), their heads full with secrets, going missing. And it can take any measure to forestall such an eventuality or neutralise the threat.

On the other hand, the spies, who have lived in hostile territory under false identities, with constant fear of exposure or betrayal, and unable to strike any relationship that doesn’t involve deception or manipulation, can never fully return to a normal life. And if they find that their bosses are not appreciative or have been less than honest with them, their response can be unpredictable — and dangerous.

Even, top agencies like Israel’s Mossad are not exempt from this phenomenon. And it is this service itself that serves as a backdrop for this stark, haunting tale, written by a senior Israeli military intelligence official, on the moral costs of espionage and the dilemmas between personal and professional loyalties that covert work engenders.

Having intimately known many operatives who worked alone for long periods in enemy countries “armed with nothing but a foreign passport, a fake identity, extensive training, and inexplicable courage”, as he had sent them on missions, charted their progress, and anxiously awaited their safe return, the author says he wondered what “is it like to live a secret life among one’s enemies for months and years”.

“I knew what it was like to be in battle and to cross borders in the night to execute military operations; I had no idea what it would be like to live across those borders. How does one deal with the ever-present fear, and the great loneliness? And what happens to the heart?” says Atir, who also participated in the Entebbe Raid in 1976.

The story, a “result of those wonderings”, features semi-retired Mossad agent Rachel Goldschmitt, whose sudden disappearance throws her agency into panic.

For, in the 15 years after she returned from undercover work in an unnamed Arab country (implied to be in North Africa but could be easily Syria too) where she “executed” several sensitive missions, including assassinating an ex-Nazi scientist, she had worked in the agency’s office and was privy to many secrets.

Visiting London for the funeral of her father, with whom she had a distant and difficult relationship, she chances on something in his study, which leads her to make a cryptic phone call to her former case officer and go off the radar.

The now retired officer, reports her disappearance and is put in charge of figuring her whereabouts. He approaches a retired senior who suggests they go through her past and career in detail to figure out the reasons for her action and probable intentions.

Thus most of the story occurs in flashback, as we follow Rachel’s exploits in the enemy territory where she worked as a teacher of English (hence the title), met a rather privileged student, from whom she got some good intelligence — surreptitiously — and also fell in love but had to leave abruptly without any word. We also come to know Ehud was himself in love with her but could never reveal it.

Towards the end, when the duo of ex-spies figure where Rachel could have gone and informs the powers that be, the orders that come are indicative that the story is not going to end very happily — and there is a shocking side-effect too.

The unnamed cities and countries may create some confusion but as Atir says, “the book spent many months with the Israeli civilian and military censorship committees” and “numerous changes and omissions were imposed, until the book was approved for publication” and so it is a “true story, of real-life operatives that are wholly made-up, and actual missions that never happened”.

What holds interest beyond the account of the demanding minutiae of espionage work, is the emotional cost and moral choices for its practitioners, especially in executing policies ordered by a faraway, inexorable and unfeeling state. The story is not a comforting read at all but a vital one for all that. (IANS)