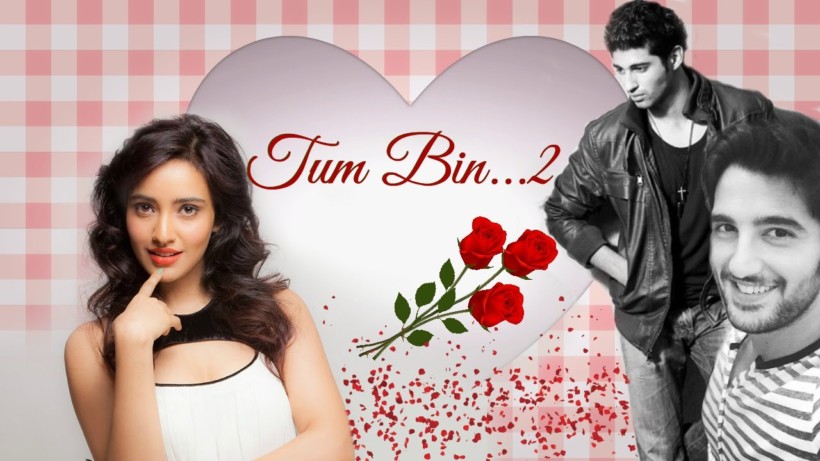 An old-fashioned love story about selfless love, friendship, forgiveness and sacrifice, Anubhav Sinha’s “Tum Bin 2” is a sequel to his earlier film “Tum Bin”, made in 2001. The setting is different, the faces new, but the story line is almost the same.

Taran (Neha Sharma) and Amar (Aashim Gulati) are in love and on a holiday together, when while skiing in the Alps, Amar meets with an accident and goes missing. Devastated, Taran tries to put together the pieces of her life and is helped by Shekhar (Aditya Seal), a well-wisher, along with her family and friends. Just when she is able to reconstruct her life once again and makes an effort to be happy, life deals her another blow.

While the emotional quotient of the film’s theme is high, the pace drags and somewhere, it fails to involve you as the momentum is lost. You do not empathise with the characters. The film recourses to several cliched dialogues and situations and is predictable from word go, with no element of surprise. The outcome of the love triangle too seems a tad outdated given the sensibilities of the youth today. There are some light-hearted moments, some real situations, one can relate to, but these are few and far between.

The performances of the lead cast are praiseworthy as of the other supporting characters. Aditya Seal as Shekhar shines with his subtle histrionics and charms you immediately. His acting style is strongly reminiscent of Akshaye Khanna. Neha Sharma as Taran is natural, emotes reasonably well and is endearing, while debutant Aashim Gulati appears confident, but seems filmi making an earnest effort to act. He lacks spontaneity.

Kanwaljit Singh as Amar’s father aka ‘Papaji’ renders a sincere and heart-warming portrayal. Sonia Balani as the youngest sister Gurpreet, is competent and lights up the screen with her effervescence. The actor playing Manpreet, the older sister, is equally a treat to watch and makes good use of her limited screen time.

Written and directed by Anubhav Sinha, the film lacks freshness in its writing and the dialogues are verbose and hackneyed. The treatment of the film too, is expected and there is no hook to keep the audience engaged. He treads cautiously, keeping the old framework intact but makes changes, where there was no need.

The film scores high on its music by Ankit Tiwari and Nikhil-Vinay, as the songs “Teri Fariyad” rendered by the late Jagjit Singh, and “Ishq Mubarak” are soulful and a treat for the listeners. The title song “Tum Bin” however fails to recreate the magic of the 2001 film song sung by K.S. Chithra, which haunts music lovers even today. “Nachna aaonda nahin” with Mouni Roy in a special appearance is a damp squib.

Ewan Mulligan’s cinematography does justice to Scotland in all its hues, making each scene look like a picture postcard.

Overall, “Tum Bin 2” had the potential of being a love story that could warm the cockles of your heart, but somehow this one does not, despite the strong performances by Aditya Seal and Neha Sharma. (IANS)