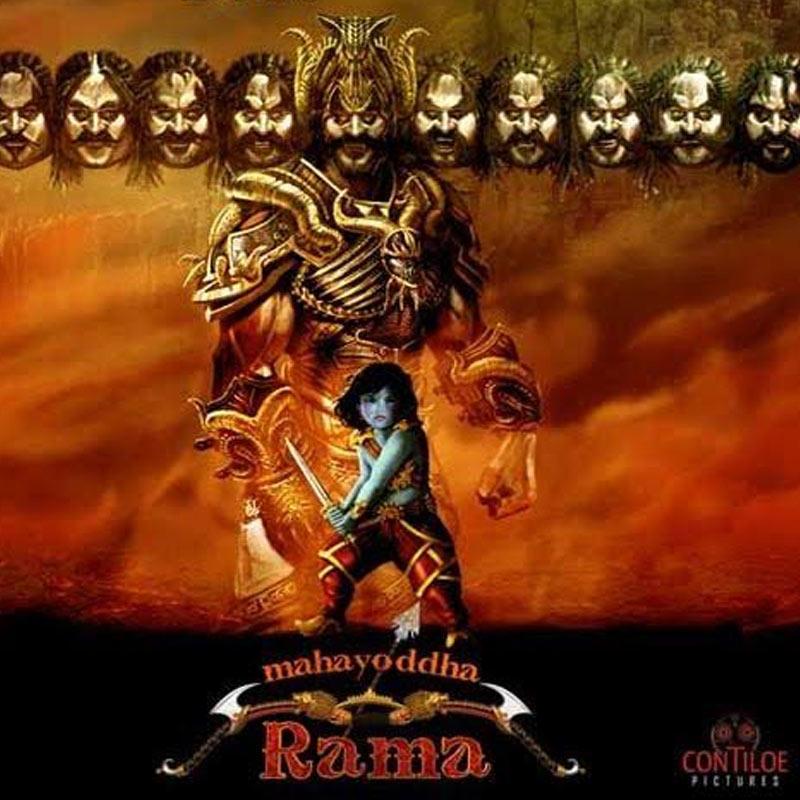 Our epics are constantly being retold and reinvented for centuries and this 2D animation film, “Mahayoddha Rama” is the latest on the block. The story remains the same, but the telling is completely altered. This is not the usual, soft-at-its-core Ramayana that one has read in comics or watched on Doordarshan decades ago.

Portraying Rama as the warrior prince, this film, directed by Rohit Vaid, is narrated from Raavan’s point of view and is treated more like a sci-fic than a mythological fare.

With a harsh, loud and aggressive tone, the narrative meanders. The plot and the screenplay, though laced with verbose exposition, are uncomplicated, direct and occasionally funny. It is surprisingly earnest in its subject matter and may even be too intense for one’s liking.

The dialogues are colloquially, run-of-the-mill, that might appeal to the younger lot. And the action sequences are fun-packed and exhilarating.

The voices lent by the ace star cast synchronize aptly with the characters and their moods. Though the film is about Ram, it is Ravana who captures your imagination. With his many qualities and ten talking heads, he is a treat to watch.

Each head has a unique voice and the main visage or the central head, the fifth head from the left, is voiced by Gulshan Grover. He enthrals you with his pronounced tenor. So does Sadashiv Amrapurkar (who had lent his voice to the character before his death in 2014) as Gusse Ki Jwala – Ravan’s angry head and Kiku Sharda as Ravan’s gossiping head, Udti Khabar.

The other actors who aptly lend their voices are Kunal Kapoor as Ram, Jimmy Sheirgill as Laxman, Sameera Reddy as Sita, Mukesh Rishi as Hanuman, Suchitra Pillai as Shurpanaka and Lillete Dubey as Kaikayee,.

Technically, the film is a superbly drawn animated feature. The screen is filled with a colourful palette that appeases the eye. The 2D animation is sharp and astutely created, but has nothing to boast about, given today’s advance digital technology. Nevertheless, the film is visually exciting. The characters and the landscapes makes each frame alluring and stimulating.

The songs, penned by Javed Akhtar, are bright and chirpy. They break the monotony of the action and yet keep the audience engaged. The songs are brought alive by Aadesh Srivastava’s dynamic music. It was one of his last notable works as a music director.

Overall, though the film was made over a span of eight years, it seems fresh as ever. Kids would enjoy it and adults would find it dreary.