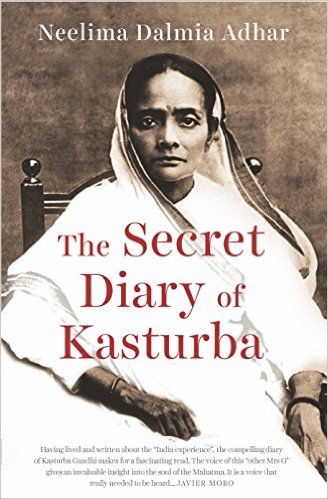 New Delhi– In an intense discussion on the life of Kasturba Gandhi and her relationship with husband, Mahatma Gandhi, author Neelima Dalmia Adhar sparked a controversy saying “some people may even call him a paedophile”, only to retract later.

These remarks, among other re-examinations of various aspects of Mahatma Gandhi’s life, unfolded at the launch of “The Secret Diary of Kasturba”, (Westland/pp 395/Rs 699) a historical fiction penned by Adhar, where Congress MP Shashi Tharoor and journalist Barkha Dutt participated in a discussion with the author Friday evening.

“Everything aside he put his wife through a lot of injustices. In terms of sexuality, Gandhi took it to a maniac level,” said Adhar, adding “some people may even call him a paedophile.”

Tharoor, almost cutting her half way through the controversial remark, quipped: “The one thing that we cannot doubt about Gandhiji is his commitment to truth.”

He further said that there was no evidence to suggest that Mahatma Gandhi indulged in “sexual activities” with his devotees, during what Gandhi described as “My Experiments with Truth.”

“If there was any instance, one would surely find mention of it in his works. Gandhi ji’s commitment to truth is one thing we cannot doubt,” said Tharoor.

In response, Adhar noted that “Gandhiji had occupied a cult status in the society” and that he was not “preaching by his example” before quoting a few instances when there was disapproval of his behaviour from within his own ashram.

Trying to end the heated discussion, Tharoor said: “I do not think you would judge a person as a whole for this. But as a human being, I am sure one’s perception about Gandhiji will be hardened after knowing this.”

“My endeavour was never to demonise Gandhi. I hugely revere Gandhi that we all know. But he would owe his sainthood largely to Kasturba. You will find a little bit of bias because a lot of me has come into the character. It is my voice primarily juxtaposed with Kasturba’s,” said the author.

Tharoor congratulated Adhar, saying that she had “actually given life” to a character that “had long lived in the shadows of history.”

Speaking to IANS after the launch, Adhar, however, retracted from her earlier “paedophile” remark and said: “I didn’t mean that, that was a mistake. What I meant was that the experiments he carried out will be very offending and appalling to the sensibilities of today’s world.”

“In today’s times, with the liberalized society that we live in, this behaviour would have been highly offensive to anybody. Even then it was offensive. I believe that there are certain aspects of Gandhi’s character and on his path to becoming the param-yogi that we do not understand. There are many aspects of sexuality of Lord Krishna that find resonance in Gandhi’s practices.”

Delhi University’s former Vice Chancellor, Dinesh Singh, who was also in attendance at the launch told IANS that even the most iconic figures need to be examined.

“Even the most iconic figures from the history are actually unknown to us. We need to constantly examine them and improve our understanding about them. Kasturba Gandhi was largely an ignored figure in our history and therefore I feel the author has done a good job,” he said.

On the controversial “paedophile” remark, the former DU VC said: “She didn’t call him paedophile, she said people may call him paedophile but that is not so. Some people have even suggested that Gandhiji was homosexual and although it is not wrong to be a homosexual, there is no evidence to suggest so.”

“The Secret Diary of Kasturba” is a narrative, blow-by-blow fictional account of Kasturba Gandhi’s life. (IANS)