BELMONT, MA–As a young boy I often watched Yatra, sitting on the ground in a remote Indian village under the mesmerizing dreamy lights of Petromax lanterns. Glittering pompous costumes and dances, loud prompters, male actors’ struggling to emulate female voices, clanking sounds of swords, nightmarish decapitated heads on velvet-covered plates, and prolonged unnatural laughs of villains – all still vivid in my memory. However rustic those presentations were, the messages in the scripts were always loud, clear, and uncompromising in tone towards wrongful acts, and more importantly, secular in content and demonizing classism and caste system. Those performances play an important role even today in bridging the societal and religious gaps amongst diverse demographics. The nature of the content in these Yatras is also reflective of hundreds of films that dominate the Indian media culture.

BUT what has always been missing from these performing arts, viewers of which include millions of families and children, are mentions of issues related to sex and sexual orientation as they are considered a taboo subject in Indian civil society. Discussions on gender and sexual orientation are largely absent in films, dramas and educational curriculum in modern India. This is precisely the reason why I and other kids grew up looking at Hijara (members of a specific transgender community with their own rules and rituals, who used to visit families blessed with newborns to ask for money exploiting the mythical boon from Lord Rama), with huge curiosity. We viewed them as aliens of sorts, terming men-to-women transgender people with phrases that are derogatory and humiliating in a male chauvinistic society.

Let me digress a little here to clarify certain (mis)conceptions. Gender and sexuality are two different societal attributes. Although within a traditional and conservative society like India, gender is considered binary and one’s sexuality is considered aligned with the biological gender the person is born with. But a transgender person transitions to be true to themselves, and can be straight, gay, or bisexual. Gender exists on a continuum, meaning much exists in-between male and female. One does not always feel like a man just because biologically he is a man as one does not always feel like a woman because biologically she is a woman. Expressing such opposite feeling through dress and the exhibition of mannerisms violating the norm of their society is the hardest thing for a transgender person to do since the opinion of others in Indian society carries more weight than individualism. Those who do outwardly display their inclinations become victims of society’s subordination. The problem will continue to persist unless general population is made aware of from their young age. 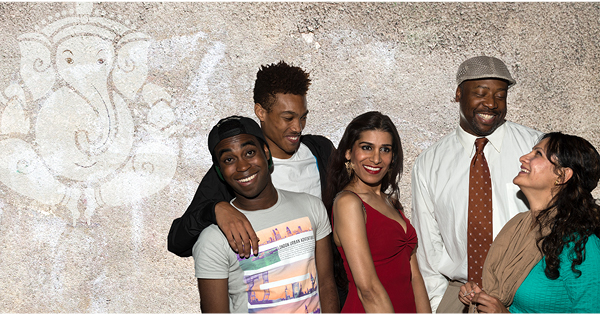 It is easy for us to take a meta-level view of Indian society from within the borders of one of the world’s most sexually progressive nations thousands of miles away. But the reality in India is very different in terms of attitude towards transgender communities. One step in the right direction taken by the Supreme court recently is recognizing the third gender, putting everyone else who doesn’t fit in binary gender system into one bucket. We have also started seeing transgender appointments at high-profile positions as police officer, college professor, and news broadcasters. However, homosexuality is still a criminal offence, and education at the grassroots level regarding gender and sexuality is widely nonexistent. Further, the awareness campaign is largely confined to urban regions home to less than 10% of the population.

The play I’ve referred to in the title of this article is called, When January Feels Like Summer, from the Underground Railways Theater housed at the Central Square Theater in Cambridge, MA. Playwright Cori Thomas wonderfully integrates so called deprived and underprivileged communities and highlights their plights. The play touches upon an array of societal and environmental issues including gender identity, sexuality, spirituality, and global warming, in a very humorous tone. Apart from two very joyful young black American youths as two central characters, the Indian angle of the play includes an Indian woman store owner in the Bronx. She is the victim of an arranged marriage to a husband currently in a coma, and dealing with a brother doubting his own gender identity, and she herself falls in love with a black American man, which is unusual within the American Indian community. The superlative cast includes SETU’s Sanaa. The transgender brother’s thoughts are shown in a very humorous way, perhaps an approach that we can adopt as a means of educating gender and sexuality to the citizens of modern India.

Join members of SETU and myself after the Sunday, October 30, 2pm show at a panel where we discuss dating, arranged marriage, gender identity and sexuality in modern Indian culture.

(Subrata Das is the director and a founding member of SETU, a theater group in the Boston area with a mission to bridge the cultural gap. Subrata is also a board member of Central Square Theater. SETU staged a humanistic and women-centric portrayal of Ramayan last weekend. For more information about SETU and Central Square Theater, visit www.setu.us and www.centralsquaretheater.org.)