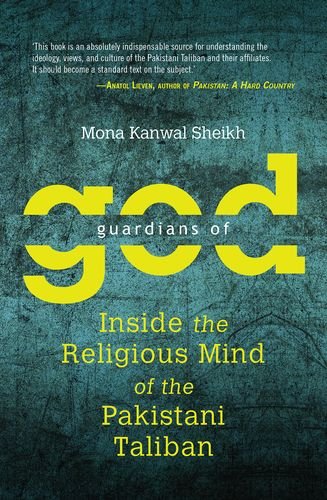 The Tehrik-e-Taliban Pakistan, Lashkar-e-Taiba, Jaish-e-Mohammad and others of their ilk not only destabilise Pakistan and make it one of the world’s most dangerous places but also threaten neighbouring Afghanistan and India — and even far beyond. But what motivates these Islamist terror outfits, what are their strategies and objectives? Are they same across the board, and what role does religion play in them?

This is what Pakistani-Danish researcher Mona Kanwal Sheikh is trying to find out through direct interviews with both key players and common members from these groups in Pakistan as well as from their public communications.

She notes that despite “the threat to local and international stability it has now become”, there have been “no comprehensive accounts” about the “rise of the Pakistan Taliban, their grievances and the justifications they offer for violence” and her book, “based on several years of first-hand research, attempts to fill this gap”.

Though there are no sensational revelations, some of her findings are not entirely expected, and may even be surprising to those who tend to view all these outfits as one breed of unregenerate and unmitigated terrorists.

Some of the groups, we find, seem to display a level of pragmatism that seems at odds with their portrayal, differed on the attack on Malala Yousafzai, while a key Lashkar operative, interviewed in the wake of 26/11, didn’t even once mention India and advocated a unique way to reach their goal of Islamisation.

Most of her field work and interviews date from 2008-09. Though she takes up subsequent events (the attack on Peshawar’s APS is a major omission), a significant finding is that the Pakistani Taliban’s narratives are simultaneously religious and secular, “contradicting a clear-cut divide between religious and secular motivations for violence”.

Sheikh, a Senior Researcher in International Security at the Danish Institute for International Studies in Copenhagen, also introduces a concept that people, especially in South Asia, will find most familiar even if they never knew it had a name — “security as a speech act” to which she was introduced by her PhD supervisor Ole Waever.

It is this approach that has influenced her study of the Pakistani Taliban, but that doesn’t, by any means or to any extent, make her a supporter or an apologist; she is a clear-headed researcher keen to “hear these people’s stories and understand their mindset”.

How she managed her task, where being a woman surprisingly didn’t prove to be a problem (though in one case, she was made to wear two headscarves), but had to be slightly evasive about background (Scandinavia, instead of Denmark with memories of the infamous cartoons still raw, and California instead of the US) is a rivetting story in itself, with some glimpses provided in the prologue.

Beginning with the background “relevant to understanding the Pakistani Taliban as a movement and as an ideology”, how it came up and its distinctive features, Sheikh goes on to focus on the movement’s “fragmented nature”, the few common ideological and religious characteristics, and its place in the “broader context of Pakistani politics and the battles over the role of religion since Pakistan’s creation in 1947”.

The next three chapters introduce “select Taliban activists, leaders and sympathisers”, including principals of the girls’ seminary attached to Islamabad’s Lal Masjid (stormed in 2007), and of a prominent seminary in Khyber-Pakhtunkhwa, where most of the original Afghan Taliban leaders had studied, as well as from the Sipah-e-Sahaba and the Lashkar.

The fifth deals with Taliban’s recruitment videos, recorded speeches, pamphlets, jihadi anthems and press releases and the sixth a “conceptual discussion of the implications” of her findings, before she concludes with her prescriptions for policy responses to the Taliban threat.

The prescriptions won’t come as a surprise, but it must be appreciated that in the last seven decades, no country, including colonial powers, have been able to quell an insurgency by pure military force — the US learnt from its “Global War on Terrorism” that you cannot militarily defeat an idea.

And Sheikh also advocates that unless and until you understand the adversary as a person, and his motivations, rather than as a embodiment of evil, you can never hope to prevail. This is what makes this book, academic as it may be at places, a key read. (IANS)