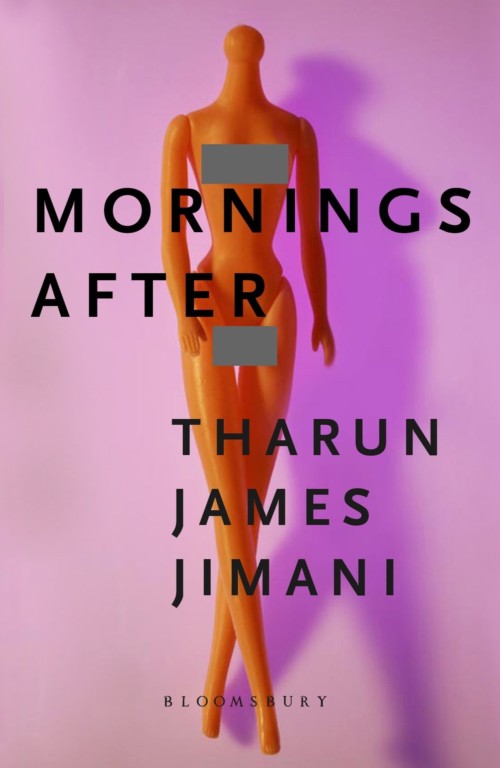 Love, the most mysterious of human emotions, can be immensely uplifting or devastatingly destructive, but never static. As times change, so do its contours, and expected roles and responsibilities in a love story can be most fluid and unexpected. And there can be events, even with no direct link, which can cast shadows on the relationship and lead to changed priorities. The ‘Nirbhaya’ episode for one.

Using Delhi’s barbaric December 16, 2016, gangrape as both an anchor and a catalyst, writer and blogger Tharun James Jimani creates a stirring modern day-love story, which delves not only the tangled thought processes and emotions of an unlikely couple, both transplanted Malayalis, but what their circle, their families and the wider world expect from them.

Jimani, in his second novel after “Cough Syrup Surrealism” (2013), has senior business executive Sonya meets footloose Thomas at a small beach town in Karnataka, when her holiday is ending, and somehow deciding to give him her phone number.

He however doesn’t contact her, and Sonya, with nothing to do one day, searches him on the internet though she doesn’t even remember his full name but only a fragment of their conversation. She finds he is a writer, and impressed by his blog posts, mails him and they have sporadic contact.

Sonya, however, regularly discusses him and his writings with her best friend, and when he lands up in Mumbai, it is her home in Bandra he comes to and they end up in a relationship.

While they do have fun (though Sonya pays for everything, including his clothes), there are pinpricks — his disappeared muse, his fecklessness, a mysterious past and, above all, the questions of her friends as to what he actually does — the intent being to know if he can support himself.

These can sometimes lead to bigger issues when a former boyfriend, who somehow manages to annoy Thomas, ends up seriously ill at a lunch he has invited them too and Thomas is uncharacteristically keen on. Another bigger issue is Thomas’ tendency to go out like a light after getting high (alcohol or drugs) and his almost fetish-like inclination against any responsibility.

Though they go on vacations and even visit each others’ parents in Kerala, problems are evident. The process begins when returning from one party, Sonya has a near ‘Nirbhaya’-like experience, while Thomas is out cold. And then comes the Nirbhaya case itself, which brings in sharp focus the dangers she can face — and the lack of any reliable support.

When in the wake of the Nirbhaya case, she decides to leave her high-paying job to start a feminist magazine, will her venture will be success? How will she sustain herself after a comfortable life ensured by a fat paycheck? And will Thomas be of any help?

Set in Mumbai, Bollywood is not far off, and there is an engaging subplot of a controversial macho but chauvinistic male hero whom Sonya and her friends derisively call “the Torso” (no prizes for guessing the identity) who can help her new venture succeed beyond their dreams but at what price? Twist follows twist as the story comes to an end with a horrendous event.

“Mornings After”, interspersed with what are ostensibly Thomas’ surrealistic blog posts, is not only about love or various facets of its modern urban manifestation, including what the maid might think of your live-in relationship, but also of roles and expectations as well as the responsibilities and commitments it demands.

With characters like the “Gender General”, it is also a tale of aspirations, self-discovery, gender relationships and depictions (there is an interesting debate on “item numbers”) but above all the desire for something the heart wants even when it means giving up comforts and violating norms of conformity and regular work, making it a heart-wrenching but compelling read. (IANS)