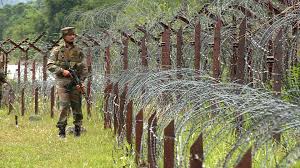 Chandigarh–Anxious villagers on Friday continued to move out of their villages in Punjab which shares the International Border (IB) with Pakistan as panic gripped the area regarding a possible strike by Islamabad in the wake of the surgical strikes carried out by the Indian Army across the Line of Control (LoC).

People alleged mismanagement by local authorities at evacuation camps saying that there were hardly any arrangements. 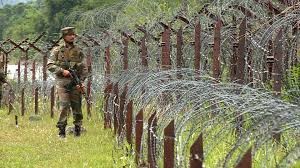 “We were asked to evacuate our homes on Thursday evening. There were no means to travel out and we did not know where to go. There were no arrangements in any schools as we were told,” Gurdev Singh, a villager of Rajatal area in Amritsar district’s border belt said.

Since most village residents are from farming families, the farmers were worried that their standing paddy crop, which is ready for harvest, could be affected if it was not harvested on time.

“The crop is ready for harvest. We don’t even know when we will return to do that,” farmer Shamsher Singh said.

The Punjab government, following directions from the Ministry of Home Affairs, had on Thursday ordered evacuation of people to “safer areas” from within the 10-km belt from the IB. Punjab shares a 553-km border with Pakistan.

Over four lakh (400,000) villagers in six border districts have been affected due to the evacuation. Many people moved out of the villages to homes of relatives and friends a little away from the border belt.

But officials in the border districts said that arrangements were still being made to accommodate people being evacuated from the border villages.

“We got the evacuation orders on Thursday afternoon only. It takes time to make arrangements. The schools were ordered closed around that time only. We are working round-the-clock,” an official in Ferozepur district told IANS.

Cots and beddings were arranged and put up in government school buildings, community centres and private marriage palaces. Local gurdwaras and social organisations made arrangements to serve food and water to the evacuated people. People could be seen moving out on tractor-trolleys, trucks and private vehicles out of the border belt.

In most of the nearly 1,000 villages in the border belt of Punjab which have been evacuated, there was silence on Friday. In some villages, Punjab Police personnel could be seen keeping a vigil.

The villages being evacuated as a preventive measure include 300 in Ferozepur district, 290 in Gurdaspur, 137 in Amritsar, 135 in Tarn Taran, 65 in Pathankot and 60 in Fazilka.

Army convoys with artillery moved towards the border with Pakistan on Thursday amid rising tensions between India and Pakistan after New Delhi’s surgical strikes across the LoC.

“Punjab is in a state of maximum alert,” Harcharan Bains, the advisor to Chief Minister Parkash Singh Badal, said here.

Punjab Chief Minister Parkash Singh Badal ordered to shut all schools falling within a distance of 10 km from the IB. The leave of all officials in the border belt, including police, has been cancelled.

He asked people not to panic and assured that police will remain stationed in the evacuated villages to protect property.

Informed sources said the Border Security Force (BSF) was mobilising its troops and strengthening the security along the border. Leave of BSF troopers has also been cancelled.

Badal directed the Chief Secretary to immediately release Rs 1 crore each to all the Deputy Commissioners of the six border districts to meet any exigency.

At an emergency meeting of the Cabinet here, it moved a resolution lauding Prime Minister Narendra Modi “for decisively ordering the surgical operations to demolish the bases and camps of those acting with impunity against our citizens”.

“The operation has been executed with clinical and professional precision by the brave men of the Indian Army,” the resolution stated. (IANS)