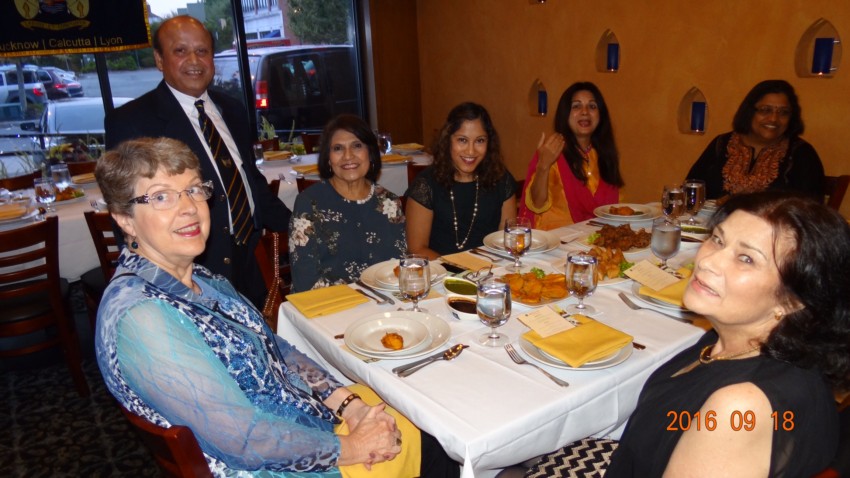 OMANE also celebrated Founders Day on 18th September, 2016, toasting its founder Major General Claude Martin on his 216th death anniversary in accordance with his Will. The seven La Martiniere schools formed under Martin’s Will, include two colleges (boys and girls) in each of Kolkata and Lucknow, and three coeducational colleges in Lyon, France, Claude Martin’s place of birth. These schools rank among the top ten of India’s elite schools, and count among their alumni/ae many of India’s Who’s Who across all segments of society, for example, education, science and engineering, medicine, journalism, armed services, civil services, cinema and performing arts, and industry.

The event was organized at Masala Art restaurant in Needham, MA, and was attended by locally based alumni as well as from Connecticut and New Jersey. A key item on the agenda included a remembrance in honor of Mr. Sarojit Malik, a committed OMANE member, who this past year passed away in Delhi while visiting India.  A new member, Mallika Narayanan was also welcomed.

Other highlights included a presentation of La Martiniere legacy by a visiting distinguished Martinian, Dr. Bryan Cooke – Professor and Chair (Emeritus), Department of Community Health and Nutrition at the University of Northern Colorado, a brief video briefing on Vision Aid by Member at Large Ali Rizvi, short briefings by the OMANE office bearers on the highlights of the previous two years, singing of the school song “Hail Hail the name we own …,” certain proposals offered by Dr. K. Raman for consideration, and the election of the new Executive Committee for the two year 2016-2018 term, with Mr. Neeraj Chandra serving as the Election Officer.

The outgoing President Kaplesh Kumar was thanked for his leadership and providing guidance in the initial formative years as its first President. He will continue as member of OMANE and chairperson of its Board of Trustees of which Dr. K. Raman is the other member.