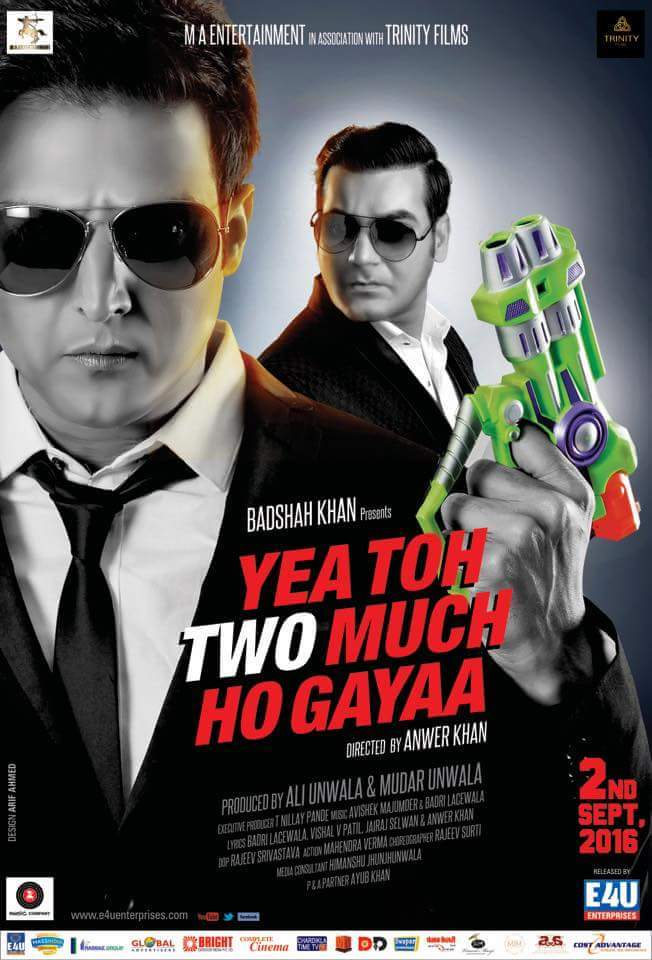 Uff! The title dispels the film and sadly, sticks to what it means.

With a promising premise and actors cast in dual roles, the film could have been a blockbuster entertainer. But alas, the cookie crumbles with each passing frame.

The narration begins at a party in Bangkok, where Mann (Jimmy Shergill) is partying with his girlfriend Tina (Bruna Abdulla). When Tina is interrupted by a selfie-obsessed Ricky, Mann thrashes him so badly that he is hospitalised.

Ricky happens to be, the spoilt and pampered, younger brother of the dreaded under-world don, Mak (Arbaaz Khan). So when Mak shows up at the hospital, Ricky makes him promise to take revenge.

Fearing for his life and after being coaxed by Tina and his close friends, Mann decides to come back to India.

Meanwhile in India, Mohan (Jimmy Shergill), Mann’s identical twin leads a life of a simpleton with his mother and girlfriend Meena (Pooja Gupta). Acknowledging that his mother is depressed because there is no news from Mann, Mohan sets out for Bangkok in search of his brother.

The two switch places. What follows are a series of mildly amusing comedy of errors.

For a change, Jimmy Shergill in the dual role of Mann and Mohan delivers a sincere performance. He plays Mann with a confident and urban demeanour. Dressed in Indian outfits and sporting a slow on the uptake approach, he essays the part of Mohan.

His pairing with Bruna seems forced and with Pooja, their chemistry lacks the spark.

Arbaaz Khan fails to impress as Mak. He is intimidating in the least.

Vijay Pathak in a comic double role as Tun and Pintu, reminds you of Deven Verma in Gulzar’s 1982 released Angoor. But unfortunately, his character is so poorly written that he just remains a poor caricature in the half-baked roles.

Zarina Wahab as Mann and Mohan’s mother, is a pathetic laugh. She is flat and unimpressive. By not adding any nuances to her character, she seems to be sleepwalking through her role.

Written and directed by Anwer Khan, the story has the feel of the 1980s, where identical twin brothers bail each other out from sticky situations. The story is interesting but the plot is hackneyed and borrowed from similar films, making it a melange of mediocrity.

And the direction from the word go seems amateurish, so much so that you cana¿t take any of it seriously. Also, the denouement seems like a hurriedly gummed up act.

The background score is loud and excessive, but suits the overall design of the film.