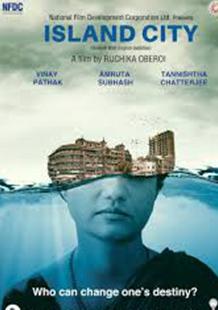 “Island City” is an artistically woven and absurdly intertwined narrative that gives you a simulated feel of life in Mumbai. Wrapped with cynicism, fatalism and moral ambiguity, the film is a satirical take on how people lead their lives in this claustrophobic city. 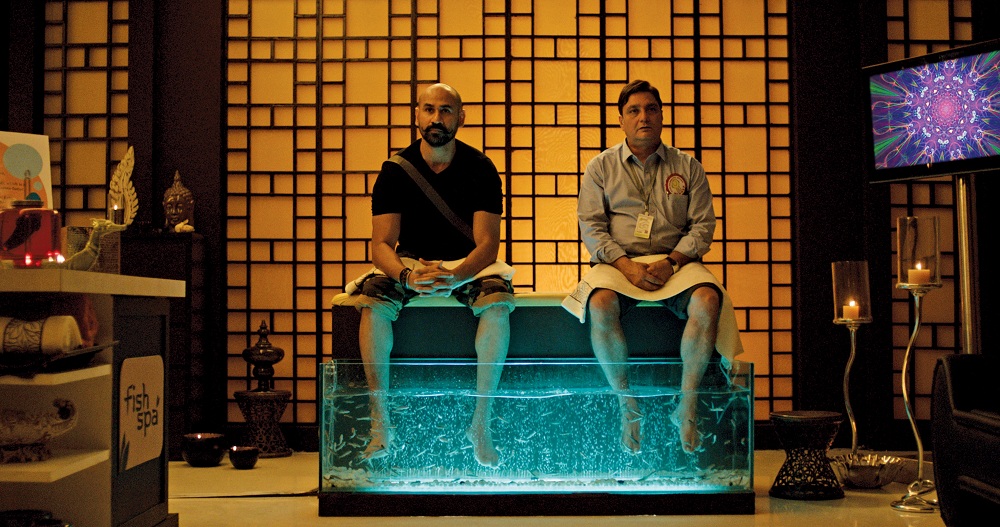 The director puts her point across with three isolated stories titled; “Fun Committee”, “Ghost in the Machine” and “Contact”. Each story is distinct in design and structure, making this film, her maiden venture, an ideal canvas for her portfolio.

The tales are well-mounted, each giving a distinctive feel of the landscape and the lives of the people of the city.

The first story, “Fun Committee”, is designed like a Sci-fic film. It captures the modern glass and steel faAade of the city’s Business district, where the protagonist, Suyash Chaturvedi, a single-man in the city and a diligent workaholic leads a monotonous life. How he is reluctantly pushed off his limits, forms the crux of his tale.

With automated-voice overs, technology and futuristic elements, the feel of the narrative is synthetic. This fiction with a tinge of comic ridiculousness fails to capture the spirit of a Mumbaikar.

The second tale, “Ghost in the Machine”, is the sardonic account of the Joshis, a middle class family, where every member, despite a personal calamity carry on with their regular lives with spirited enthusiasm and passion. It also reveals how the television influences the lives of the middle-class families in the city.

This section is so reminiscent of the regular television fare, on the large screen.

The third piece in the narrative, “Contact” is the saga of Aarti Patel, a girl who lives in a poverty stricken neighbourhood and works in a printing press. She is forced in a loveless relationship, by her obtuse parents. Torn between reality and her dream of a prince charming in shining armour, it is quite obvious why she desires to escape the world she inhabits.

This section is treated in a neo-realistic manner, with hand-held cameras and actual locations.

The frames in the first tale are artistic. Each shot is a visual delight with aesthetics of architectural structure. And the last tale captures the clutter and chaos with equal ease, especially in the streets and the transportation.

The assured direction and pseudo-writing are bolstered by wonderful performances by its efficient star cast. Vinay Pathak as the perfunctory, poker faced Suyash Chaturvedi is his usual self. We have seen him perform, in a similar fashion in many films earlier. He draws a few laughs but does not add gravitas to his character.

Amruta Subhash delivers a fairly robust performance as Sarita Joshi the mother of two sons who is battling her dilemmas of joy, loss and guilt with equal sincerity. She is ably supported by Uttara Borkar as her nonchalant, self-absorbed mother-in-law. It is particularly funny to see her impatiently waiting for her visitor, who has come for a condolence visit, to leave so that she can catch up with her favourite show on Television.

Tannishtha Chatterjee inhibits Aarti Patel completely with her stoic demeanour. Her character is aptly contrasted by Chandan Roy Sanyal who plays her love interest, Jignesh. He exhibits a fairly authentic portrayal of a self-centred, crass, chauvinist.

Overall, the film is a superficial entertainer that does not touch you emotionally. (IANS)