Mumbai–Acclaimed lyricist-writer Javed Akhtar, who is vocal about his thoughts, says he condemns the All India Muslim Personal Law Board (AIMPLB) for justifying instant divorce system.

The AIMPLB on Friday defended the practice of triple talaq and polygamy, professing that polygamy is a social need and a blessing and not a curse for women. 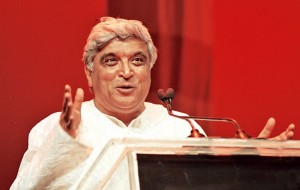 “I condemn Muslim personal law board in the strongest words for justifying instant divorce. They are the worst enemies of their own community,” he tweeted on Saturday.

Saying that “polygamy is a blessing, not a curse for women”, the AIMPLB, in its affidavit filed in the Supreme Court on Friday, said that if the option of polygamy was not available to a husband, then he may divorce his existing wife or indulge in illicit affairs.

“An unlawful mistress is more harmful for social fabric than a lawful second wife,” the AIMPLB said in its response to a suo motu petition on the rights of Muslim women concerning marriage, divorce and maintenance and whether the current practices under Muslim Personal Law were violative of the fundamental rights guaranteed under the Constitution.

Defending the Shariah granting right to divorce to the husband, the AIMPLB said that “men have greater power of decision making. They are more likely to control emotions and not to take a hasty decision.”