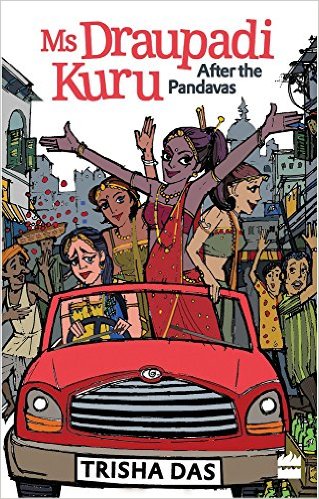 New Delhi– Read the memoir of boxer Laishram Sarita Devi; delve into the remarkable journeys of start-ups like Flipkart, Snapdeal and Paytm; find the right job that will drive your career to the top; follow the interesting experiences that the Mahabharata’s female characters have to live through when they arrive in New Delhi. There’s assorted fare on the IANS bookshelf this week. Read on.

In spite of a career stretching for over a decade, boxer Laishram Sarita Devi had never quite been in the limelight as much as her fellow pugilist M.C. Mary Kom. Then, at the 2014 Asian Games in Incheon, she lost her semi-final bout. Sarita protested against the judges’ decision in the most public way possible: She refused to accept her bronze medal. She was banned from boxing for a year. The nation, including sports legends like Sachin Tendulkar, rallied behind her and appealed on her behalf.

“Shadow Fighter” is a chronicle of Sarita Devi’s journey from a small village in Manipur to becoming one of the most formidable boxers in Asia. It is a gripping biography as well as an impassioned look at the state of women’s boxing in the country. It is a must-read for those hoping to get a sense of the ground realities of any sport in India that is not cricket.

A wave of entrepreneurship has been sweeping across the country. The success of start- ups like Flipkart, Snapdeal, Paytm, Ola and others has veered the discourse towards high valuations. But what we mostly see is only the tip of the iceberg. Behind every high valuation today is a story of blood, sweat, toil and tears. For every entrepreneur who has an amazing success story to tell, there are countless others who have fallen by the wayside. The going has often been a far cry from the presumed romance of breaking the mould, disrupting the order and changing the world.

It is this desire to change the world that drives successful entrepreneurs, for they alone have the blind passion that is often the difference between success and failure and they are the ones who love the journey more than the destination. Today, when questions are asked about whether the start-up party is nearing its end, and whether we will soon see a rerun of the dotcom bust of the early 2000s, it is time to remember India’s start-up warriors.

This is the story of their remarkable journeys. Some found their destination, others did not.

“An Expert’s guide to Top 101 Entry Level Jobs For MBAs and Graduates” identifies job roles that will create nearly 2 million new entry-level vacancies in the next six years. Analyses of the data released by the National Skill Development Corporation reveals that these corporate jobs will benefit a plethora of aspirants, including those with qualifications such as BE, BTech, BA, BCom, BSc, BBA, BCA, BPharm, BL as well as MBA, MCA, MBBS, CA, ICWA and diplomas.

Bestselling author T. Muralidharan is one of India’s top recruiters and career columnists. In this book, he has revealed how many take up the first available job only to regret joining within months and also how taking up the right first job can be the secret to reaching the top. He goes far beyond identifying the top jobs by helping readers understand the job roles in the context of how organisations work and answering crucial questions such as: What responsibilities does the role entail? What are the sills required? What will the stress levels be like? What salary can you expect? What are the career prospects?

With practical insights and contemporary data, this book will help you find the right job and drive your career firmly to the top.

Draupadi is bored of heaven. Yes, it’s beautiful, perfumed and perfect, but it has been thousand years experiencing the same thing every day. There is only one way to escape. So, she gets together her gang of women that includes Amba, Kunti and Gandhari. They all go to New Delhi, where so much has changed yet so much is still the same.

Kunti grows attached to a street urchin. Draupadi lands up in a television studio. Amba finds the one thing that could never be hers in Heaven. Gandhari has got something to say about all of it. Thirty days are all they have for their adventure, and time is running out fast. But, can they really leave when the party has just started? To know more, read the interesting book, “Ms Draupadi Kuru”.