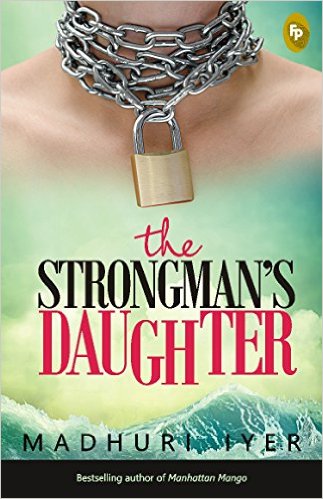 New Delhi–Read the story of an English painter and his apprentice, whose paintings become the unexpected crux of the last Anglo-Mysore War. Flick through a nail-biting saga of a young girls clash against her father, in a battle of love, money, lust and longing. Also, go through an insightful view into the world of the millennials and bury yourself in a selection from the rich archives of “The Modern Review” by Ramananda Chatterjee.

There’s so much that the IANS bookshelf has to offer this week. Read on!

It is 1798 and Richard Dawson, an English painter, has arrived on the southern coast of India, looking for employment. Finding his fellow countrymen unhelpful, he boldly travels to the kingdom of Tipu Sultan to catch history in the making. Though reputedly cruel to the British, Tipu Sultan allows Richard to stay at his fort in Seringapatnam, much to the resentment of his courtiers.

As Dawson and his apprentice, a runaway Brahmin boy named Mukunda, experiment with Indian and Western styles of painting, they find themselves drawn into a high-stakes political intrigue. Devised by the women of the royal family of Mysore, the Wodeyars, and catalysed by the striking Suhasini, this plan to oust Tipu must involve active support from Dawson and Mukunda. Both painters fall under the spell of the elusive Suhasini, even as their paintings become the unexpected crux of the last Anglo-Mysore War.

All hell breaks loose when feisty 21-year-old Aditi Narvekar refuses to carry forward the legacy of her corrupt politician father. The mighty Vithalrao Narvekar, the Chief Minister of Goa, retaliates with fury. He fixes her up with the scion of a wealthy mining family and sets the wedding date.

Rebellious and resourceful, Aditi tries to stay one step ahead of her wily parent. Along the way, she encounters Raj Dias, an activist who fights for a clean and green Goa. He dismisses Aditi as her father’s daughter but she is determined to prove him wrong.

Goa becomes an epic battleground where the clean brigade takes on dirty politics. Aditi must confront her own father, but will Raj support her cause?

“The Strongman’s Daughter” is a nail-biting saga of a young girl’s clash with her father in a battle of love, money, lust and longing.

The millennial generation has impacted our lives, our work and our values in powerful and surprising ways. This book brings together the changes in values, work style and the digital workplace with a truly global perspective.

Born between the early 1980s and 2000, the millennials are the youngest (and on several occasions, the largest) generation at work today. Aided by discerning research, Subramanian S. Kalpathi turns the modern workplace on its head and asks pressing questions about what makes this raring-to-go generation tick.

With case studies of pioneering organisations and holistic multi-generational narratives, “The Millenials” will give you a glimpse into the future by explaining the goals, motivations and dreams of an inspired generation.

Marking the visionary Bengali thinker and reformist Ramananda Chatterjee’s 150th birth anniversary, this anthology, edited by members of his family and introduced by historian Ramachandra Guha, brings together a selection from the rich archives of “The Modern Review” to convey its eclectic range and ambitions.

Even after a century, the debates that played out in its pages resonate with the spirit of the turbulent times we live in, making it urgently relevant to the state of the nation and the body politic.