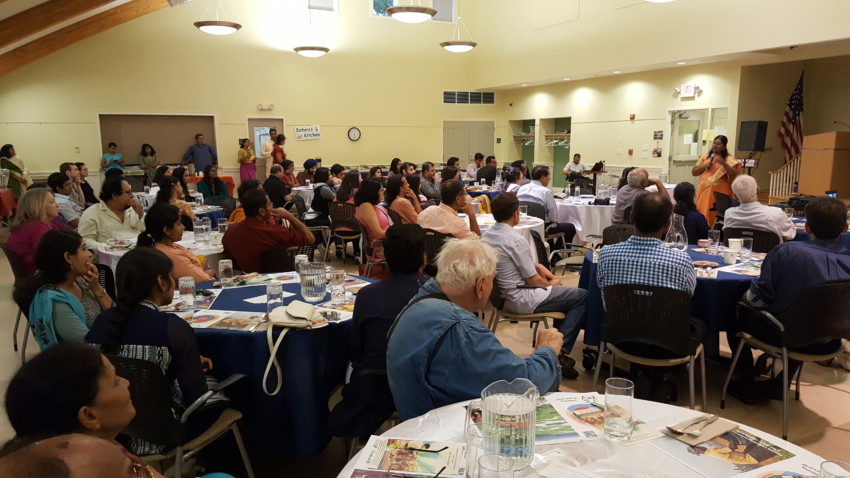 BELMONT, MA– The Boston chapter of the Association for India’s Development, known as AID, on Sunday raised $84,000 at its annual fundraising event, Milan, at the Beech Street Center in Belmont, MA. The event also celebrated 25th anniversary of the non-profit organization.

AID Boston, which was able to raise $84,000 with generous donations from more than 90 supporters, is still trying to meet its $100,000 goal and is accepting donations. AID-Boston officials said. 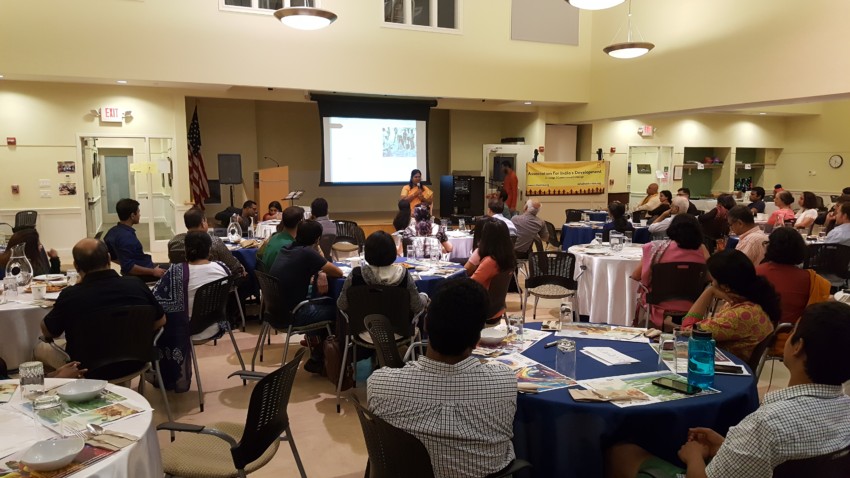 During the event, volunteers reflected on AID’s journey in the last 25 years and shared the vision for the near future. They narrated stories from partners who have gone beyond the proof of concept stage and are now scaling the impact of their work far and wide.

The volunteers also spoke about new directions AID is taking in engaging more with Dalit, transgender, and other marginalized communities. With work that spans 12 states and 25 projects, AID Boston hopes to continue its current engagement with the multitude of communities across India – from manual scavengers in Karnataka to tribal girls in Gujarat, from the transgender community in West Bengal to adivasis in Chhattisgarh, from fisherfolk in Manipur to farmers in Tamil Nadu – as well as scale the impact of its work.

The keynote speaker, Revathi took the AID message home, emphasizing the need to help and support and respect farmers and other marginalized communities who form the backbone of our society.

Her journey from a bird watcher and teacher to a farmer, which still continues as she helps thousands of other farmers, devastated by natural disasters, escape certain doom, was truly inspiring. She also highlighted the ongoing human-made disaster – the excessive use of chemicals, pesticides and fertilizers in agriculture, leading to the decline of soil quality, the resurgence of resistant pests and the side effects of working with toxic chemicals on the farmers’ health.

As a result of corporate monopolies on seeds and agrarian resources, farmers are also driven further into debt ultimately driving them to suicide. She emphasized that the relationship between farmers and nature has become an exploitative one – where we continue to consume resources while forgetting to replenish them. Today, as a result of her advocacy for organic farming and the use of indigenous varieties of seeds, over 20,000 farmers in the Sunderbans region of West Bengal have been able to take back control of their livelihoods, farm in a sustainable fashion, deal with natural disasters and in the process, feed an entire nation.

The event was very well received. The audience was especially moved by her work, and wanted to know what inspired and motivated her.

Nimish Sane and Shivangi Joshi, co-presidents of the chapter said, “The chapter is elated to have raised $84,000 which enables us to take on new directions, scale up and sustain ongoing projects. The support from the community here is key to our commitment of  working towards a just, sustainable and equitable society, where every human being can live a life of dignity.”