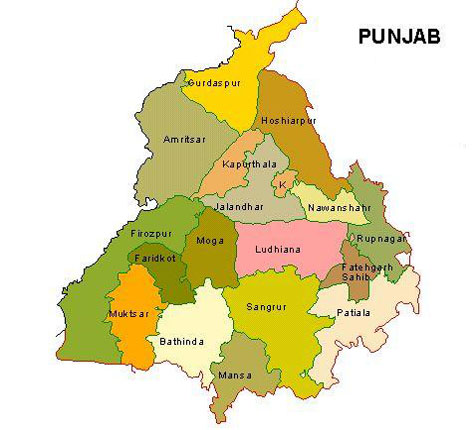 Chandigarh/Hoshiarpur–In a major swoop ahead of Independence Day, security agencies and the Punjab Police have busted a Khalistani terror module with links to NRIs and Pakistan’s notorious Inter-Services Intelligence (ISI) .

The module was busted in Punjab’s Hoshiarpur district, 140 km from Chandigarh.

Punjab Police has arrested three suspects, all linked to the Khalistan Liberation Force (KLF), and booked two Non-Resident Indians (NRIs) on charges of trying to revive terrorism in Punjab. The case has been registered in Chhabewal police station, 10 km from Hoshiarpur town.

In a joint operation, central security agencies and Punjab Police recovered three pistols, ammunitions and explosives and nearly 15 bullet-proof jackets from their hideout.

The terror suspects are from the KLF — an insurgent group which was part of the separatist Khalistan movement in Punjab in 1980s.

The NRIs booked include US-based Harjap Singh Japi, who is linked to radical Sikh organization in the US — Sikhs for Justice (SFJ) — and Italy-based Avtar Singh. Both NRIs hail from Hoshiarpur district.

Police sources told IANS that further investigations were in progress and some other people have been taken into custody and were being interrogated. The module is also being linked to terror and separatist outfits in neighbouring Jammu and Kashmir.

“We are trying to find out if this module had any plans to carry out a strike on or around the Independence Day,” a senior police officer said.

The module was busted following inputs from security agencies, based on phone call intercepts coming to some persons in Handowal village in Hoshiarpur district.

“The calls used to be made to one Jaspreet Singh of Handowal village, who was a ‘Gatka’ (a Sikh religious martial form) teacher in a gurdwara in Chhakowal Shiekhan. Avtar Singh (from Italy) met Jaspreet at the gurdwara on October 11, 2015. Avtar returned to Italy in June this year and used to call Jaspreet.

“Avtar Singh and Harjap Singh, who is based in the US, were in touch with Jaspreet and motivated him to revive the Khalistan movement in Punjab. They even sent him money, religious literature and T-shirts. Jaspreet roped in two more youth – Hardeep Singh and Kuldip Singh, for this purpose,” an investigating officer told IANS.

After tracking their activities for a few days, Punjab Police and central agencies took Jaspreet and Hardeep into custody. Kuldip was taken into custody based on the questioning of these youths.

The conspiracy was unearthed earlier this month and the case registered on August 6, police officials said. The suspects have been booked under various sections of the Arms Act, Indian Penal Code (IPC) and Unlawful Activities Prevention Act.

“The names of at least four other Khalistan sympathisers have been revealed, who are part of this module. These people were trying to collect explosives and ammunition. Investigations are in progress,” the source said.

Besides the three KLF activists and two NRIs, others names mentioned in the FIR (first information report) include Vikramjit Singh and Balwinder Singh of Gurdaspur district.

Police sources said the suspects had revealed during interrogation that the weapons and bullet proof jackets had been brought from Pakistan via the border belt in Tarn Taran district in Punjab.