New Delhi–Translations of Rabindranath Tagore’s Bengali works in English and Hindi are not up to the mark, according to eminent poet Gulzar, who recently translated the Nobel Laureate’s most well-known poetry. 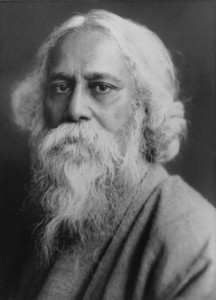 The noted lyricist said that the works of Tagore that we read in other languages are not as beautiful as they are in the original.

“Translation is not only about displaying a meaning in another language. A language carries a complete culture. The culture of its vocabulary needs to be translated. If readers can’t feel the shades of the character and the links of the scene, it hasn’t been translated properly.”

“Translations of Tagore’s works are not good. Tagore’s poetry that he himself translated to English, is also not nice. These two books are an effort to let the brilliant writer reach more people,” said Gulzar during the launch of the books, published by HarperCollins.

From these volumes, Gulzar, along with Sharmila, read a few of the most interesting works that brought across various genres and moods Tagore has addressed through his poetry.

“Gurudeva has touched upon every emotion through his writings. His works speak of romance, relationships, families, spirituality,” Sharmila said and narrated the story of her introduction to Tagore.

“Once, I was told to write a modern poem by my teacher. I found a book of modern poems and copied one of them to submit at school,” she said, adding: “The poem turned out to be one of the most complex poems by Tagore, ‘Praushno’. I got punished and it was then that my mother started my Tagore education.”

“Now when I go back to that time, I feel it was such a great thing. When I was growing up, I was not aware of this privilege,” she noted.

Gulzar said that at the age of 10, he discovered Tagore through an Urdu translation of “The Gardener”, the book that he stole from a local library.

“My first introduction to Tagore was when I came to India after partition. Tagore has this beautiful way of giving details. He wrote all by experience and living those moments. Nothing feels imaginary in his works. He becomes the child while writing. How Tagore explains the feelings of women is surprising.”

According to him, “Geetanjali” that won Tagore the Nobel Prize, is not his best work.

“People feel that if you’ve read Geetanjali, you’ve read Tagore. It is not true. ‘Geetanjali’ was his collection of poems for the west that was recovering from the First World War. There is more to Tagore. He has written so much,” he said. 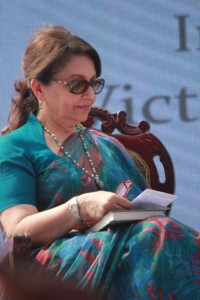 “My familiarity with Bangla literature was through Tagore. I would only read ‘Sufinama’ before that,” he said jokingly.

“His observation is amazing. The way he gives you the whole body language, he was a romantic. Khamkha mein unhe sant bana rakha hai (he is unnecessarily called a saint).”

Look at his poetry for the young. He wrote so much for children. It is sad that apart from a few of his writings, children today are not taught Tagore,” Gulzar concluded. (IANS)