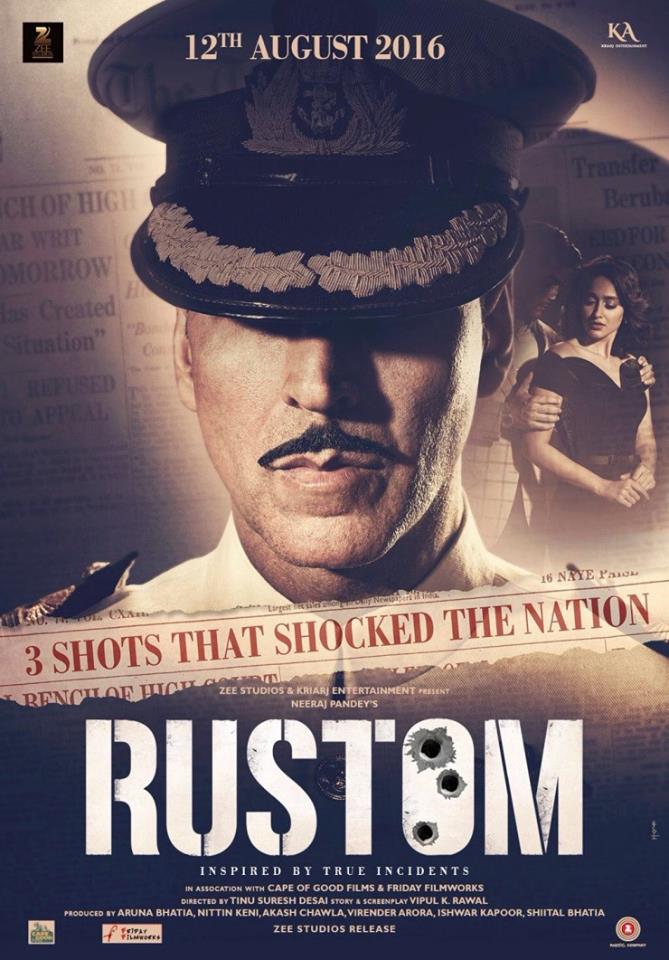 Mumbai–Actor Akshay Kumar says that the subject of his upcoming film ‘Rustom’ will be loved by women and also save marriages and stop divorces.

“It is a different subject, it is based on real-life stories and it is the first time somebody is playing a Parsi Navy officer, neither has anybody played a Parsi main lead or an officer’s role,” actor said.

The film is based on the theme of infidelity and extra-marital relationships, when Akshay Kumar’s character finds his wife cheating on him and then apparently kills her lover, leading to a court case, public sympathy and media trial on proving his guilt or innocence in the matter. The film is based on the 1959 case of a naval officer K. M. Nanavati and the murder of his wife’s lover.

The film has received support from the industry with Salman Khan, Ranveer Singh, Sonakshi Sinha, Sonam Kapoor and Karan Johar all making special videos on social media. Akshay said, “It’s great when the industry supports you and I’m very thankful to Salman for starting this and also to Ranveer, Sonakshi, Karan Johar, Sonam.”

It is nice to see the whole fraternity coming together and doing this… It helps a lot, their fans also watch that they are saying that ‘you should go and watch it’,” he said.