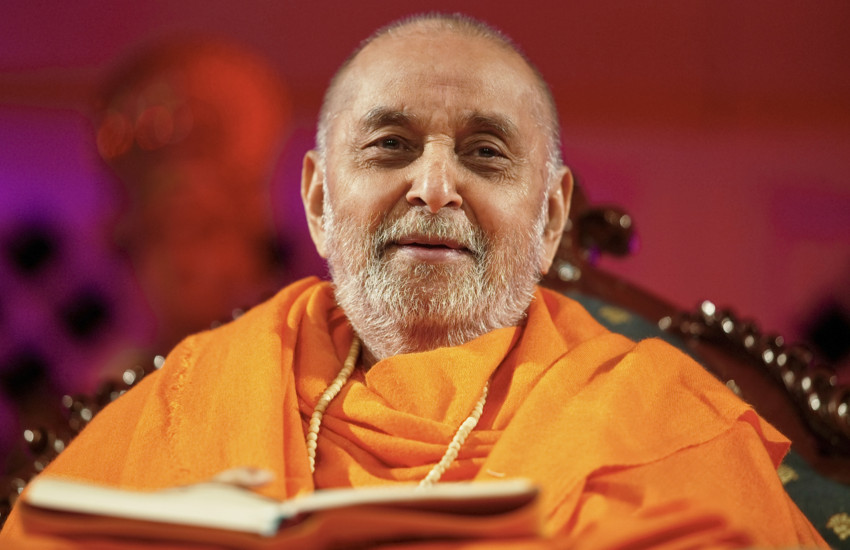 The 95-year-old godman had been unwell for over the last three years. He died at Botad in Saurashtra, where he was stationed.

His death left a pall of doom among his lakhs of supporters that included all sections of the society.

Born Shantilal Patel on December 7, 1921, he was ordained as Shastri Narayanswarupdas. He was initiated as a swami in 1940 by Shastriji Maharaj, founder of BAPS, and took over as guru of BAPS followers in 1971.

The followers of BAPS believed that Pramukh Swami was the fifth spiritual successor of Lord Swaminarayan.

As head of BAPS, Pramukh Swami Maharaj has overseen the growth of BAPS as a global behemoth after modest beginning in Gujarat. Under him, maximum Hindu Swaminarayan temples across several countries in the world came up.

He also spearheaded the efforts of the charitable service organisation affiliated to BAPS. The volunteers of the organisation would be at the forefront of rescue and relief during every national and man-made calamity, from the earthquakes, to floods, cyclones and fires.

Among several global leaders, former President Late APJ Abdul Kalam was seen to be among the leading disciples who would seek guidance from Pramukh Swami on spiritual matters.

Megastar Amitabh Bachchan on Tuesday condoled the death of Pramukh Swami, the spiritual leader of the Swaminarayan sect.

The 73-year-old actor on Tuesday took to Twitter to pay his condolences to the 95-year-old godman.

Tegan Victor Dubey of South Weymouth Passes Away at 33