BURLINGTON, MA—The Academy of Creative Arts, a non-profit children’s school that provides more than 15 different forms of creative and performing arts to children under one roof, has expanded and relocated to a new 18,000-square-foot facility in Burlington, MA. (Photos by Dyuti Majumdar) 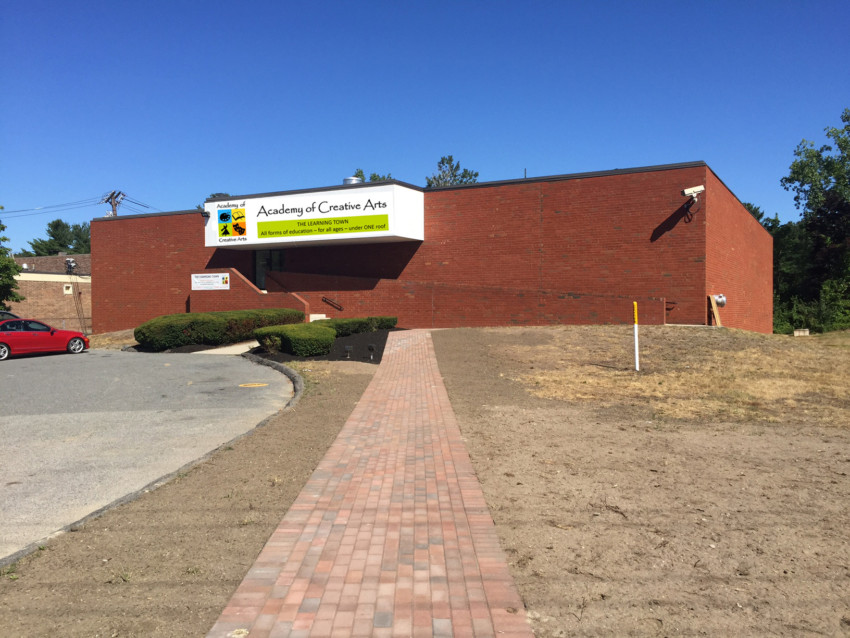 The Academy has moved to 12 A Street from 217 Middlesex Turnpike in Burlington.

“We have quadrupled our space–from 4,000 square feet in the previous location to 18,000 square feet at the new facility,” Java Joshi, co-founder of the Academy, told INDIA New England News.

Tucked away in a spacious lot off of Middlesex Turnpike, the Academy of Creative Arts’ brick facade is a stark contrast to its modern interior. Inside of the newly-renovated building, students of all ages can be seen diligently working on art projects or learning choreography to upbeat music.

The academy’s recent relocation to its current 18,000-square-foot facility has provided a larger space to host all of the activity that takes place within its walls. From painting classes and Bollywood dance to language lessons and public speaking, the academy boasts a diverse catalogue of programs with some of Boston’s most talented instructors to boot.

The Academy was founded in 2014 by the husband-wife team of Java and Hetal Joshi , with a mission to streamline the extracurricular experience in an innovative and inspirational feat that stems from a genuine desire to help children and their families.

The Academy is planning to bring all forms of education and extracurricular activities under one roof. While its current list of programs is already diverse, it mostly centers around the creative and performing arts. Plans to utilize the racquetball room and gym will incorporate more physical fitness programs, and STEM education courses will be added to foster technical skills from a young age. The popularity of the academy’s public speaking class proves to be a bright precursor to future endeavors into school-related territory.

The Academy of Creative Arts is a school where more than 15 different forms of creative and performing arts are taught under one roof. Some of the programs include Art, Music,  more than eight forms of Dance, Photography, Public Speaking, Theatre & Acting, Henna Body Art, BollyX Workout, Chess, Racketball etc.

The Academy’s new facility also has a gym, racketball court and free wifi for patrons to take advantage of while students are going through their programs.  For more information, visit: www.academyofcreativearts.org .

(Editor’s note: By Christine Sim contributed to this article.)