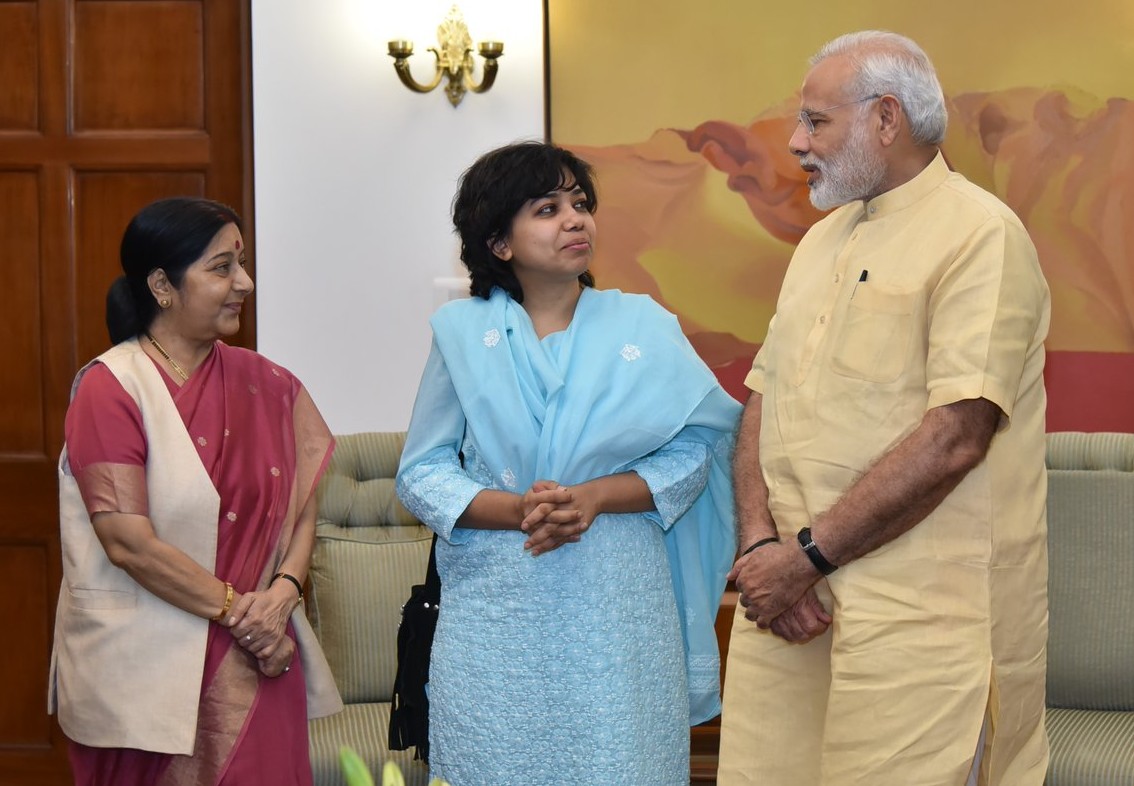 New Delhi– An Indian aid worker who was kidnapped in Afghanistan last month reached New Delhi on Saturday after being rescued and was warmly welcomed by Prime Minister Narendra Modi and External Affairs Minister Sushma Swaraj.

Judith D’Souza was accompanied by Indian Ambassador to Afghanistan Manpreet Vohra when she landed in New Delhi on Saturday evening. 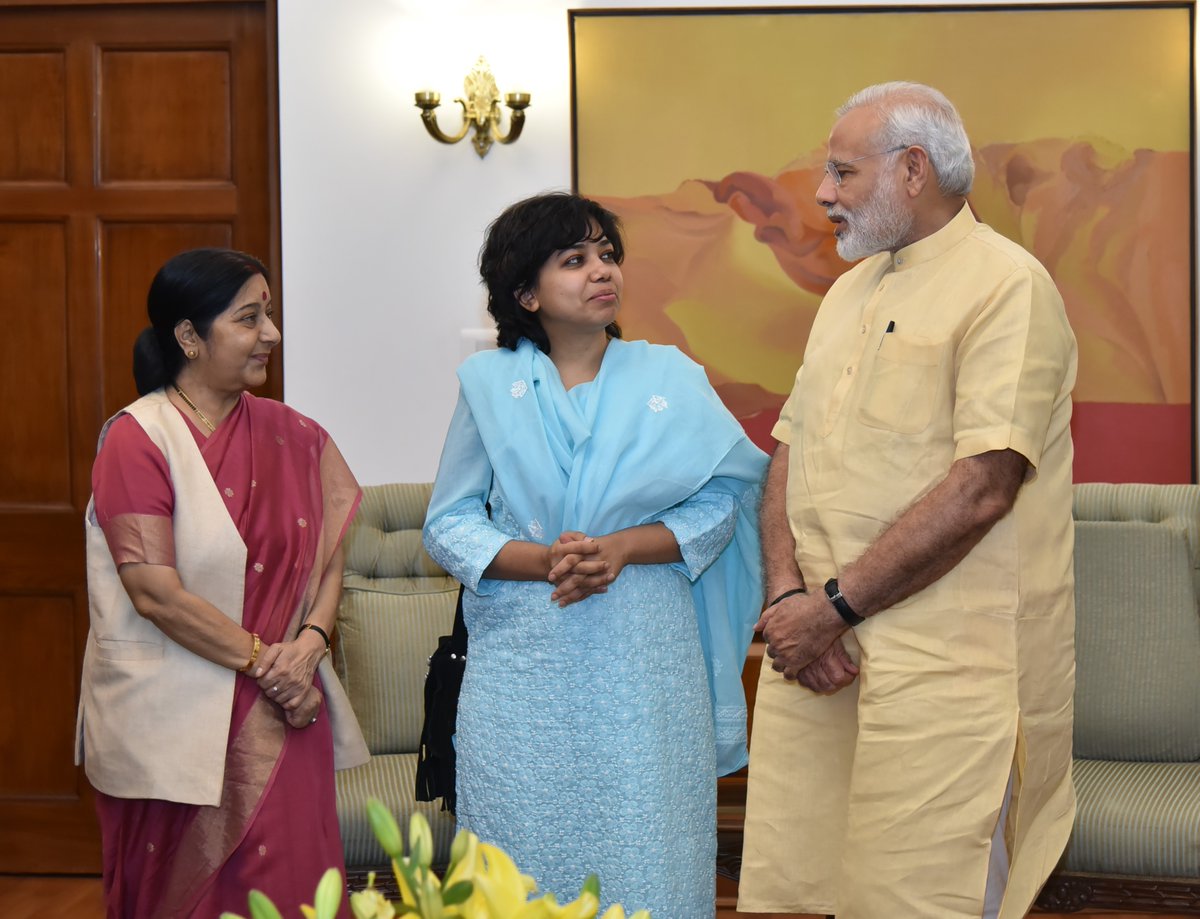 “Welcome to India, Judith,” Modi tweeted after meeting her.

“Would like to thank the Govt. of Afghanistan, especially President @ashrafghani for their cooperation in bringing Judith home,” he added.

Soon after her arrival, Judith, wearing a light blue salwar kameez, went and met Sushma Swaraj who hugged her warmly.

Both Ministers of State for External Affairs V.K. Singh and M.J. Akbar were also present.

“Another safe homecoming! EAM and two MoSs meet Judith D’Souza in Delhi, after her release from captivity,” External Affairs Ministry spokesperson Vikas Swarup tweeted along with pictures of Judith and the three ministers.

Sushma Swaraj, Singh and Akbar accompanied Judith when she went to meet the Prime Minister.

Hailing from Kolkata, Judith, 40, who works for the Aga Khan Network, was seized by gunmen on June 9 in the Qala-e-Fatullah area of Kabul while she was returning home after dinner at a friend’s place.

“I am happy to inform you that Judith D’Souza has been rescued,” Sushma Swaraj tweeted.

Appreciating Ambassador Manpreet Vohra for “an outstanding job”, Swaraj said: “I have spoken to Judith. She is reaching Delhi this evening. Ambassador @VohraManpreet is accompanying her.”

Sushma Swaraj thanked Vohra and Afghanistan for the support.

In her tweet she added: “Thank you Afghanistan – for all your help and support in rescuing Judith.”

Judith was working with the NGO as a senior technical adviser since July 2015.

Unlike June 10 when the news of Judith’s abduction in Afghanistan cast a pall of gloom over the D’Souza household in central Kolkata, Saturday morning – despite the rain-laden clouds – turned out to be a radiant one for Judith’s elderly parents and sister.

“It is an occupational hazard. It could have happened to anyone. Judith is a thorough professional. We are looking forward for a much-awaited reunion,” Judith’s brother Jerome, who is also in the development sector, told IANS.

Asked what would be Judith’s next course of action, Jerome said: “Let her come back, let her spend some time, let her take a break and then she can take a call.”

“It is a family issue and we want to be away from glare of the media,” he said.

“Judith has been rescued by the government. Our family’s joy knows no bounds. Gratitude to @PMOIndia @SushmaSwaraj @VohraManpreet,” Jerome also tweeted.

Judith had come home three-and-a-half months ago and was set to be back in Kolkata in June.

Mirroring Jerome’s sentiments, Judith’s sister Agnes also insisted on the same as reporters made a beeline for their first floor residence.

“We are thankful to the Indian government for getting my sister back. We are also grateful to (Sushma) Swaraj. We request the media to respect our privacy,” a smiling Agnes told the media here.

The D’Souzas’ joy infected the neighbourhood as well.

Long-time neighbours said the D’Souzas were “finally breathing a sigh of relief”.

“Whenever I used to meet Judith’s mother, I used to ask her about updates and she would say ‘pray for her’,” a neighbour told the media here. (IANS)