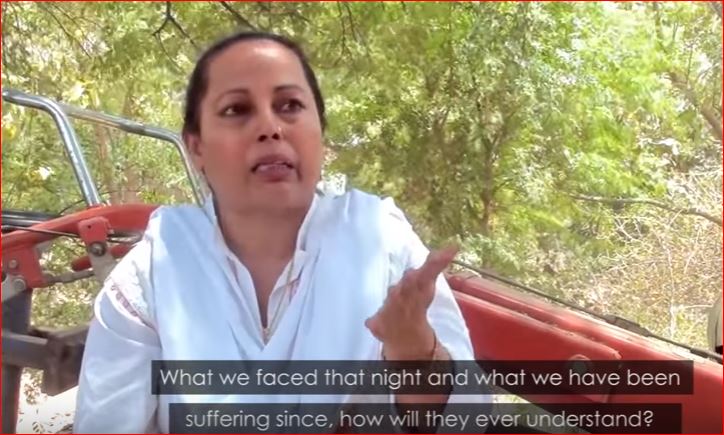 By Geetha Patil
CAMBRIDGE, MA–Many countries, cities, and organizations around the world are supporting Bhopal victims’ struggle for their long waited trial for justice. This trail involves an USA based Pesticide Company that was responsible for this horrific tragedy. The company is neither hearing the voice of innocent victims nor performing its humanitarian duties such as providing reasonable compensation; cleaning up the area; and making sure that the left over poison is not harming or causing any deformations to the human lives, environment, and ground water. 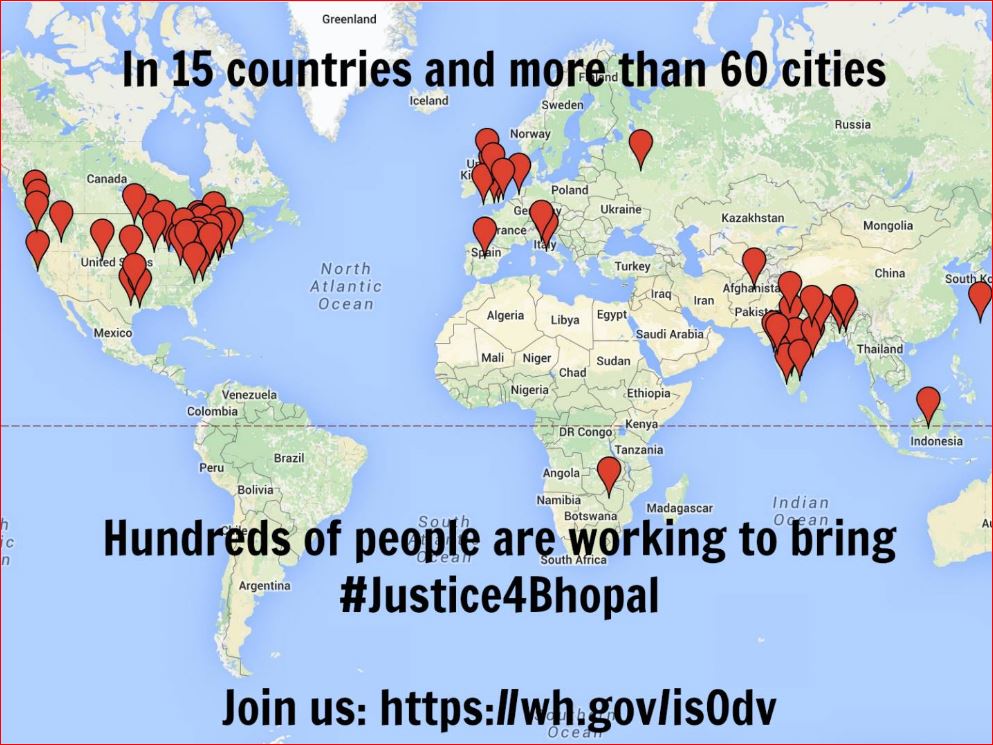 So, Association for India’s Development-USA (AID) along with the International Campaign for Justice in Bhopal (ICJB) is standing behind these victims and helping them to be heard properly by the US Department of Justice and make factual and impartial justice to the victims who are waiting patiently more than three decades. This is too long of a time that USA is taking to decide a case. In the meantime, many victims are dying and so many children are born with some kind of deformities. When the relief is going to come out? Who is going to get the benefits of the relief? International organizations therefore decided to give a wakeup call to the government of USA and get this case decided righteously without any further delays.

Mr. Santosh Rohit Yerrabolu, the Executive Board Member and the Campaigns Coordinator of AID along with the volunteers of AID MIT and Boston Chapters are supporting the efforts of the Bhopal gas disaster survivors’ campaign by International Campaign for Justice in Bhopal (ICJB) which is fighting for decades for justice.

AID is proud to stand with the Bhopalis in this historic effort to petition the White House to stop shielding Dow Chemical. AID helped them in creating a petition which is floating on the White House site has successfully received the required 100,000 signatures and the next step will be for the White House along with the Director of Justice to respond to the petitioners. So the AID’s volunteers seek everyone’s continued awareness and participation in the Bhopal gas disaster survivors’ campaign.

As we all know, about thirty two years ago, on the night of December 2, 1984, the world’s worst industrial disaster at the Union Carbide pesticide plant in Bhopal, India, released at least 30 tons of a highly toxic gas called methyl isocyanate, as well as a number of other poisonous gases and killed more than 15,000 people killed over the years. Indian Government figures now refer to an estimate of 15,000 but in reality this figure is way higher. More than 600,000 people living in the surrounding area were exposed to the deadly gas clouds that night. These gases stayed low to the ground, caused burning of victims throats and eyes, induced nausea, and many deaths on that night. Estimates of the death toll vary from as few as 3,800 to as many as 16,000 by the sources.

Toxic effects of the poisonous gases and material remain in these areas even after 30 years. Many of those who were exposed to the gas have given birth to physically and mentally disabled children. The suffering, pain and frustration of innocent villagers are mounting up. For decades, survivors have been asking to have the site cleaned up, but either government of Indian or US government are taking responsibility in directing the accountable company to do its humanitarian work immediately instead listening to the company’s business excuses. They say the efforts were slowed when Michigan-based Dow Chemical took over Union Carbide in 2001.

How can anyone one in the world appreciates a three decade long sluggishness of these companies in doing their most urgent work? How can the innocent villagers living in the remote rural areas approach this company to do justice for their insensitive act?

On the other hand, the Human rights groups say that thousands of tons of hazardous waste remain buried underground, and the government has accepted that the area is contaminated. If that is the case, then why there are no long-term epidemiological researches sponsored by the governments, companies, or universities in the world which conclusively prove that whether birth defects in these areas are directly related to the drinking of the contaminated water. There are thousands of heartbreaking stories of Bhopal gas disaster survivors.

At last, Association for India’s Development (AID) decided to help and support the struggle of Bhopalis and make their voice and suffering being heard in the US White House to find relief to their several decades’ long fight. Up to now, survivors have been demanding that the US Corporations responsible (Union Carbide Corp. and its current owner Dow Chemical Co.) along with the Indian Government, readdress the issue by compensating the affected, cleaning up the premises, and providing reasonable medical care for the survivors. However, it has become clear that the US government too has played a role in hindering justice for the Bhopalis. The US Department of Justice has been silently shielding the corporations responsible by blocking the court notices to Dow Chemical in relation to the pending criminal case against it. The hearing for this case is on July 13th, 2016.

AID’s volunteers are requesting all the sensible people to join them in their effort to get justice. You can visit sign the petition on the website at
https://petitions.whitehouse.gov//petition/uphold-international-law-stop-shielding-dow-chemical-accountability-corporate-crimes-bhopal-india , and
forward the link to your friends and family, and post about it on your social media accounts and create awareness about the historic effort.