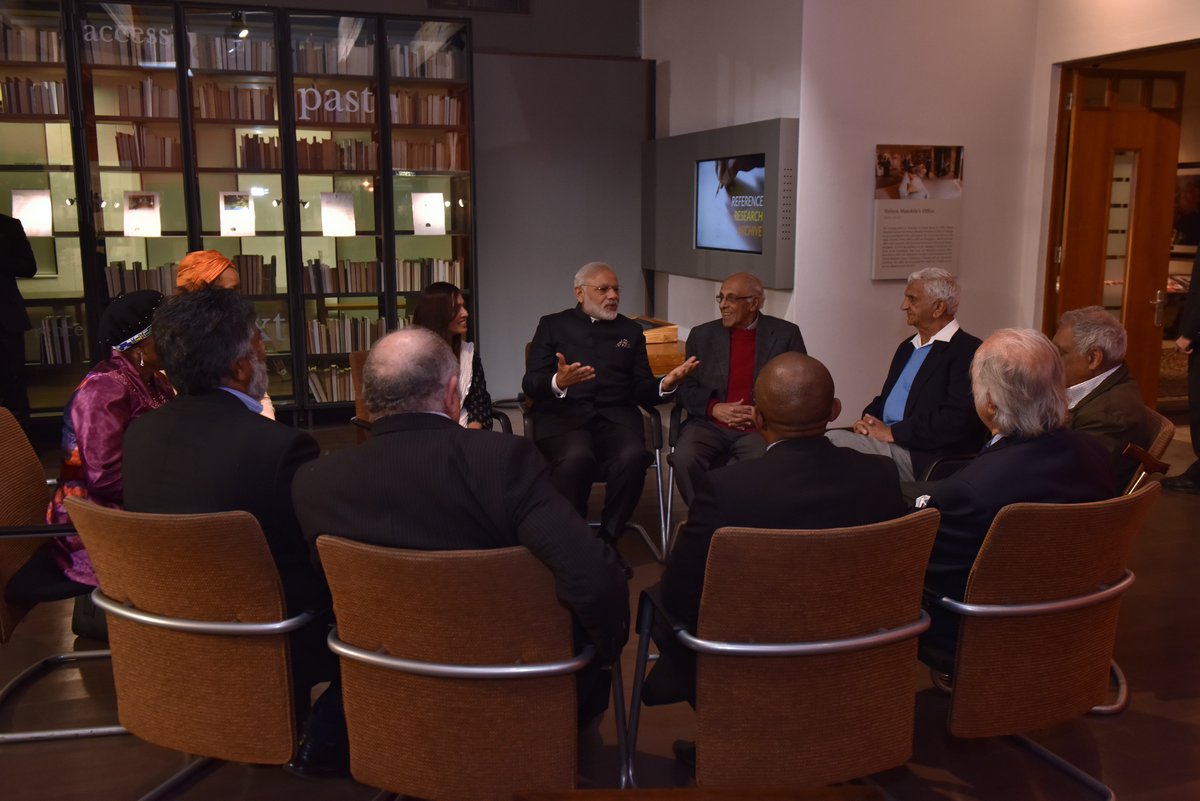 Durban– Prime Minister Narendra Modi on Saturday, the second and concluding day of his visit to South Africa, lauded the diversity of the city of Durban and praised the achievements of its people of Indian origin.

“One of the hallmarks of this beautiful nation is its vibrant diversity.,” Modi said at a civic reception hosted in his honour by the Mayor of Durban and the Indian High Commissioner at the Durban City Hall. 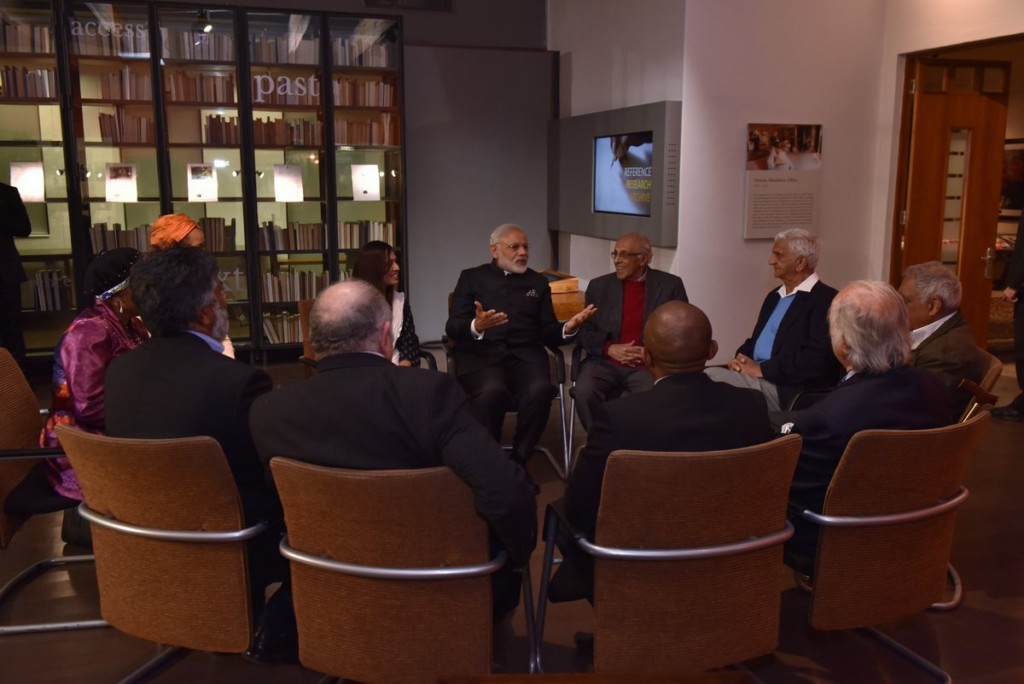 “And, no city celebrates this diversity better than the city of Durban and the province of Kwazulu Natal,” he said.

“This celebration of plurality of dialects and languages, of belief in multiplicity of faiths and of cultural traditions, is an integral part of this city’s heritage.”

“Today, over a century and a half later, Durban is the largest Indian city outside India,” the Prime Minister said..

“It is home to the largest population of people of Indian origin in South Africa.”

Of the 1.2 million people of Indian origin in South Africa, most of whose ancestors were brought as indentured labour, 800,000 live in Durban.

Modi said that despite the sufferings of early generations of Indians under apartheid and colonial rule, they preserved their culture and values.

“And, today, they are proud, successful and loyal citizens of this country,” the Prime Minister said.

“They are contributing to their country in education and scientific research, as entrepreneurs and leaders of businesses, as lawyers and judges, and as bankers, doctors and engineers.”

Stating that these people of Indian origin were not living only for themselves, he said they were leading efforts to uplift the poor and the under privileged, and for the care of the sick and the elderly.

“They are running old age home, centres for the terminally ill, AIDS and cancer patients, and orphanages,” he said.

According to Modi, the history of the people-to-people ties provides a strong foundation to build the modern day partnership between India and South Africa.

“Today, India is undergoing an economic transformation. And, South Africa is one of the leading economies of Africa. Our trade and investment partnership is already substantial,” he said.

He said that he and South African President Jacob Zuma have agreed to advance the India-South Africa strategic ties across the whole range of social and economic sectors, including trade and investments, development of small and medium businesses, information and communication technologies, and capacity and institution building.

“Today, in our inter-dependent world, India’s growth story is one of the brightest spots,” Modi said.

“But, India’s economic advance is not for the benefit of our society alone. The embrace of our partnership is open to the larger good of Africa and our friends like South Africa,” he stated.

Earlier on Saturday, Modi took a short train ride to the Pietermaritzburg railway station, the same station where Mahatma Gandhi was evicted from a train compartment in 1893 on account of his skin colour.

He also visited the Phoenix Settlement near here that Gandhi had established in 1904.

Later on Saturday, the Prime Minister will leave for Tanzania on the third leg of his four-nation African tour.

On Friday, India and South Africa signed four agreements after bilateral discussions led by Modi and President Zuma in Pretoria.