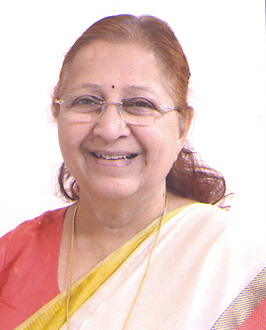 New Delhi– The “heart of incredible India”, Madhya Pradesh was declared the Best State/Union Territory for Comprehensive Development of Tourism at the National Tourism Awards here on Saturday.

Amarkantak was declared the Best Maintained and Disabled Friendly Monument in the country, while
The Best Film Promotion Friendly State award went to Gujarat. Delhi failed to win any awards.

The National Tourism Awards for the year 2014-15, organised by the Ministry of Tourism, were presented by Lok Sabha Speaker Sumitra Mahajan.

“In our childhood, we had read about Gulliver Travels and Vasco De Gama to know about new places of tourism. But now through the spread of tourism industry, it has become very easy,” she said in her address.

Mahajan also expressed her happiness that rural tourism has also been accorded due importance cited the example of Konkan region.

“The continuous strive for service excellence is all the more important as India’s tourism sector is on an upward growth track,” she said.

Tourism Minister Mahesh Sharma announced that his ministry is in consultation with Ministry of Railways for exclusive tourist coaches on trains.

“We are in consultation with the Ministry of Railways for tourist coaches on select routes as well as for the development of 50 railway stations as ‘Adarsh Railway Stations’.

“Simultaneously, talks are going on with Ministry of Civil Aviation to develop 65 airports as “Adarsh Airports” and a low air fare scheme of Rs 2,500 for passengers will boost the tourism industry,” he said.

The Best Tourism Promotion Publicity Material award was achieved by Telangana’s Department of Tourism for their coffee table Book “Ancient Temples of Telangana” while the state’s Warangal city won the award for the Best Heritage City in the country. (IANS)