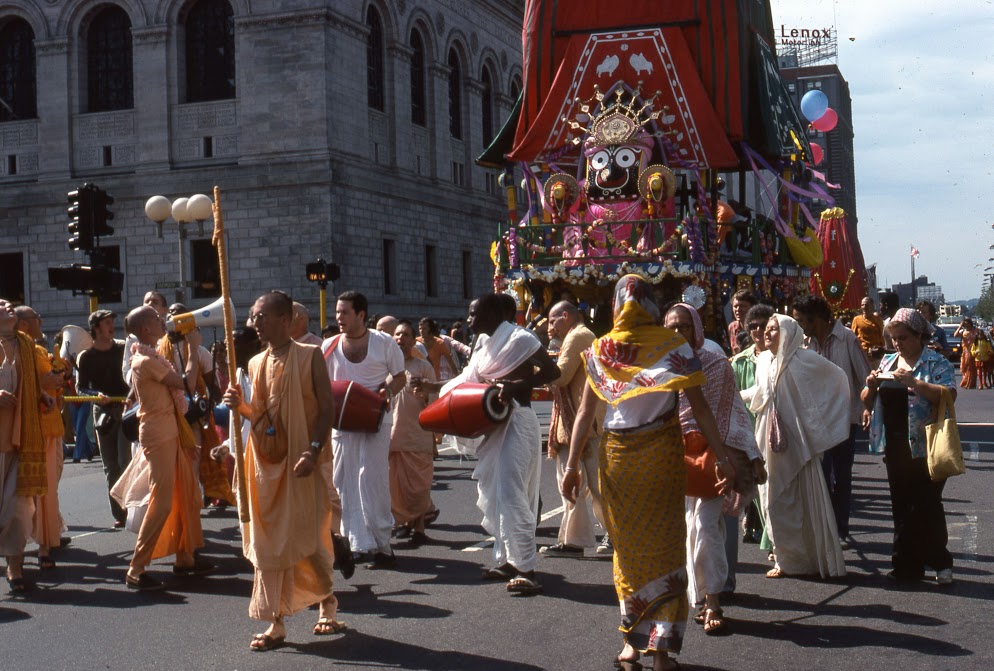 BOSTON—After the New England chapter of International Society of Krishna Consciousness (ISKCON) last year held a grand celebration on the occasion of 50th year of Srila Prabhupada’s arrival to the United States in 1965 at Boston harbor, the group is now celebrating 50th anniversary of the Hare Krishna movement on Saturday, July 23, at Boston Common with a mela and a rathyatra. (Photos provided by ISKCON) 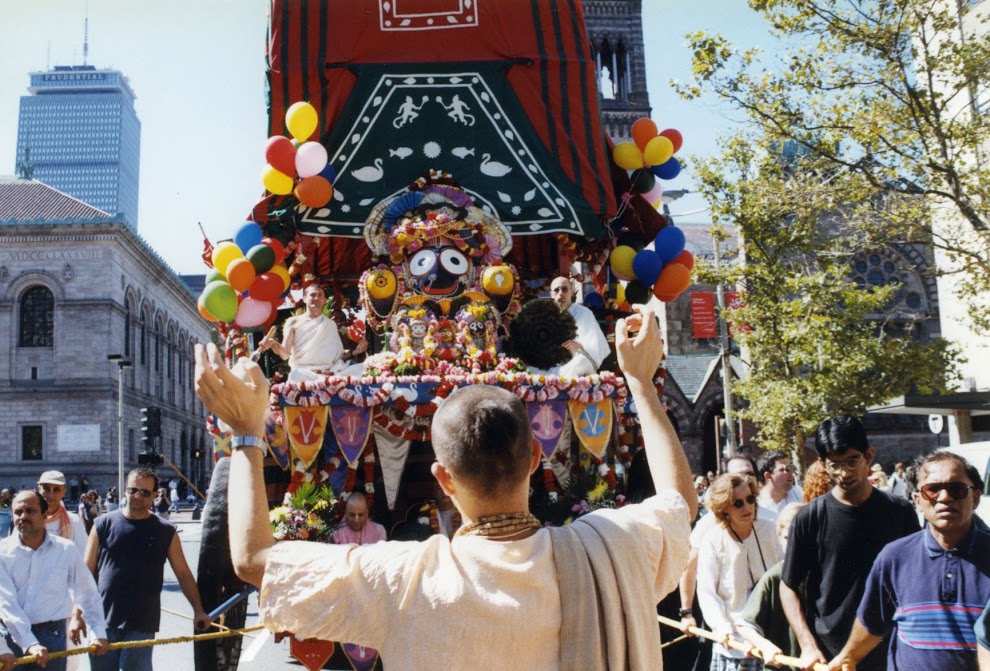 “Boston has the unique history. The statues of deities in Boston temple were installed by Swami Prabhupada himself,” said Vanamali Pandit Dasa, President of ISKCON New England. “Boston is also the fourth oldest center after New York, San Francisco and London.”

He said about 2,000 people are expected to participate in Boston celebrations on Saturday.

Being the 50th anniversary of Hare Krishna movement, the rathyatra this year is going to be special. New England chapter of ISKCON, which is located on 72 Commonwealth Avenue in Boston, has been celebrating this festival for three decades now. However, after a gap of 17 years, the group is reinstating the huge chariot procession on the streets of Boston.

On July 23rd a large chariot carrying the deities will make its way down Boylston Street, starting from Massachusetts Avenue and culminating at the Boston Common Park, where a cultural festival near Park Street T station will follow.

“The mood created will be no different to that in Puri India,” Dasa said. “The procession will be accompanied with an assortment of thunderous instruments, chanting, and dancing by Krishna devotees from all over New England.”

Every year in the summer, one of the world’s largest and oldest festivals happens in India – the Ratha Yatra. A Sanskrit phrase, “Ratha Yatra” literally translates into English as “chariot procession.” As such, three richly decorated chariots, resembling temple structures, are pulled through the streets of the small coastal town of Puri in Eastern India.

“I am very happy that I am part of this movement,” said Gagandeep Saini, a volunteer at ISKCON Boston. “The mela will be great event with a cultural program and dance, drama and henna.”