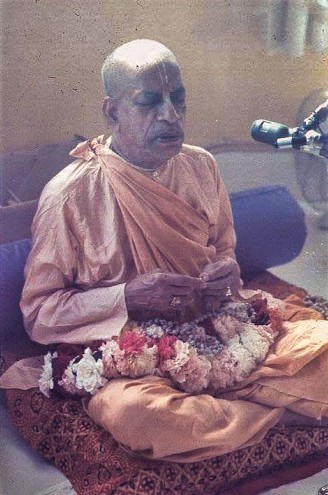 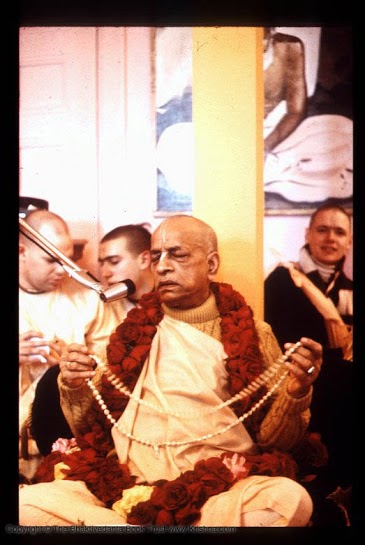 BOSTON—Few people noticed some fifty years ago, when a 70-year-old Indian swami set up a makeshift temple in a small storefront in New York City’s lower east side, and began to attract disenfranchised youth and spiritual seekers of the day. (Photos provided by ISKCON)

Fewer still would have expected the movement that A. C. Bhaktivedanta Swami Prabhupada began would soon attract the attention of the Beatles, send youthful missionaries around the world, open hundreds of temples on six continents, found the world’s largest vegetarian food relief program, and grow to be the world’s largest publisher of books on the ancient Vaishnava teachings.

Nonetheless, on July 13th the International Society for Krishna Consciousness (ISKCON) celebrated the 50th anniversary of its incorporation, and with that its remarkable, if unexpected, growth and impact.

Often known as the Hare Krishna movement, in deference to the famous mantra the group chants in public venues and temple services worldwide, ISKCON is based on ancient Sanskrit texts of India. It is especially inspired by the Bhagavad-gita and Bhagavat-Purana which teach that bhakti, or devotion, is the greatest of all yoga practices, and that awakening our dormant love of God is the highest goal of all life.

Swami Prabhupada’s achievements have drawn more notice in recent years. A three-day conference of scholars hosted at Harvard University’s Center for the Study of World Religions in April looked at the worldwide impact of the Krishna movement. Earlier this year, the-then British Prime Minister David Cameron opened a new temple facility at the Bhaktivedanta Manor outside London. The Manor was donated by former Beatle George Harrison in 1973.

Various events around the world on July 13th and throughout the remainder of the year will highlight the Krishnas’ contributions, as well as awareness of the spiritual search they believe inspires the hearts of all.

“The Krishna tradition, or Gaudiya Vaishnava tradition, is based on the premise that all people, indeed all living beings, are part of the same spiritual whole, or God,” says ISKCON spokesperson Amrita Hari. “As such, unity and peace in the world, as well as individual happiness, can best be attained by living more simple, environmentally conscious lives, living our lives in a mood of humble service to others, and awakening our love for God.”

Members of ISKCON believe that God has unlimited names, such as Jehovah and Allah, but they prefer to call God “Krishna” which means the All-Attractive Person.

Celebrations on July 13th and the months surrounding the official incorporation date of ISKCON included or include participation in special parades (including the 4th of July Parade in Washington, D.C. and another down New York’s 5th Avenue), gala dinners and VIP events, and special remembrances of ISKCON’s first years.

Last year, ISKCON New England organized a grand celebration on the occasion of 50th year of Srila Prabhupada’s arrival in USA in 1965 at Boston. This year as a part of ISKCON golden anniversary celebration they are organizing a giant Ratha Yatra after a hiatus of 17 years on the streets of Boston.

The highlight of the year, Krishna Janmastami, or Krishna’s “Appearance Day” (birthday) on August 25th, will focus on the movement’s efforts to promote bhakti yoga, simple living, vegetarianism and world peace.

The founder of the International Society of Krishna Consciousness, Srila Prabhupada passed away in November 1977. But the movement he began has proven to be a resilient one. Today ISKCON claims 600 temples, 65 eco-farms and 110 vegetarian restaurants. Its affiliated Bhaktivedanta Book Trust is the world’s largest publisher of Vaishnava literature and has distributed 516 million books and magazines.

In addition, ISKCON’s affiliated Annamrita Food Relief program feeds 1.2 million school children every day in India. ISKCON is the official faith partner with the British government for the Krishna Avanti schools, which oversee multiple parochial schools. ISKCON’s world headquarters in Mayapura, West Bengal India, draws one million pilgrims each year. The Temple of the Vedic Planetarium is under construction there and will hold 10,000 people in its main worship hall.

As early as 1975, scholars and world leaders took note of ISKCON’s impact. Dr. A.L. Basham, author of the famed book, “The Glory That Was India,” wrote that “The Hare Krishna movement… is historically very significant, for now, for the first time since the days of the Roman Empire, an Asian religion is being openly practiced by people of western origin in the streets of western cities.”

Former Prime Minister of India, Lal Bahudar Sastri said that, “His [Swami Prabhupada] books are a significant contribution to the salvation of mankind.”

Thomas Merton, renowned Catholic theologian and monk, speaking of Srila Prabhupada’s writings, wrote that, “Swami Bhaktivedanta brings to the West a salutary reminder that our highly activistic and one-sided culture is faced with a crisis that may end in self-destruction because it lacks the inner depth of an authentic metaphysical consciousness.”