Mumbai–Actor Manoj Bajpayee, who plays the role of a coach of Budhia Singh, the youngest marathon runner in the biopic, feels this film will be considered as one of the best five films of his career.

While launching the anthem song of the film, the ‘Aligarh’ actor was asked about whether he expects a national award for the film, and Manoj replied” “Last year this film was in National Award nominations. I didn’t receive for this one. May be I will get an award for some other film but I feel Budhia Singh would be considered as one of the best five films of my career. It will be regarded as the high leveled cinema.” 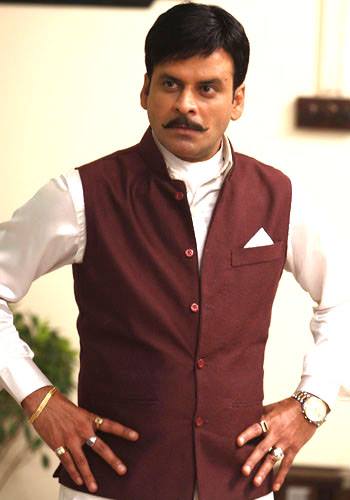 The sports drama is directed by Soumendra Padhi and is based on a child prodigy, Budhia Singh.

It stars child actor Mayur as the titular Budhia Singh and Manoj Bajpayee as his coach Biranchi Das.

Bajpayee told media: “Since the time we got independence we concentrated only on few areas and we have forgotten that there can be any other fields that can take a child forward. Being an actor, I can say my family never wanted me to take acting as a profession. When we talk about aMake in India’, this is also a part of the initiative”.

“I as an Indian, look forward to these talents like Budhia. If he had come from other country, he would have become a legend now. He would have been much talked and celebrated. This is the tragedy of our country that we could not celebrate the 5-year-old boy’s ability. We don’t have a passion to nurture an ability. This is sad,” the actor added.

“There are many Budhias in this country. I have seen that in my own small town. We have stopped looking for talents because we don’t care about it. We only want achievements but don’t want the process.” Manoj expressed.

Budhia Singh, a film about a forgotten child-marathon runner, is all set to release on August 5. (IANS)