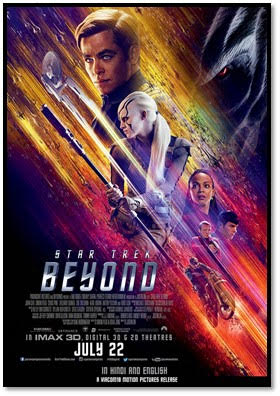 New Delhi–“Star Trek Beyond”, the third instalment of the “Star Trek” reboot series, is set to release in India in English and Hindi on July 22.

It will release in both 2D and 3D formats, read a statement from Viacom18 Motion Pictures, which is distributing the film in the country.

It has screenplay by Simon Pegg and Doug Jung, and is based on the series of the same name created by Gene Roddenberry.

“Star Trek Beyond” witnesses the USS Enterprise crew coming across a mysterious new enemy who puts them and everything the Federation stands for to the test.