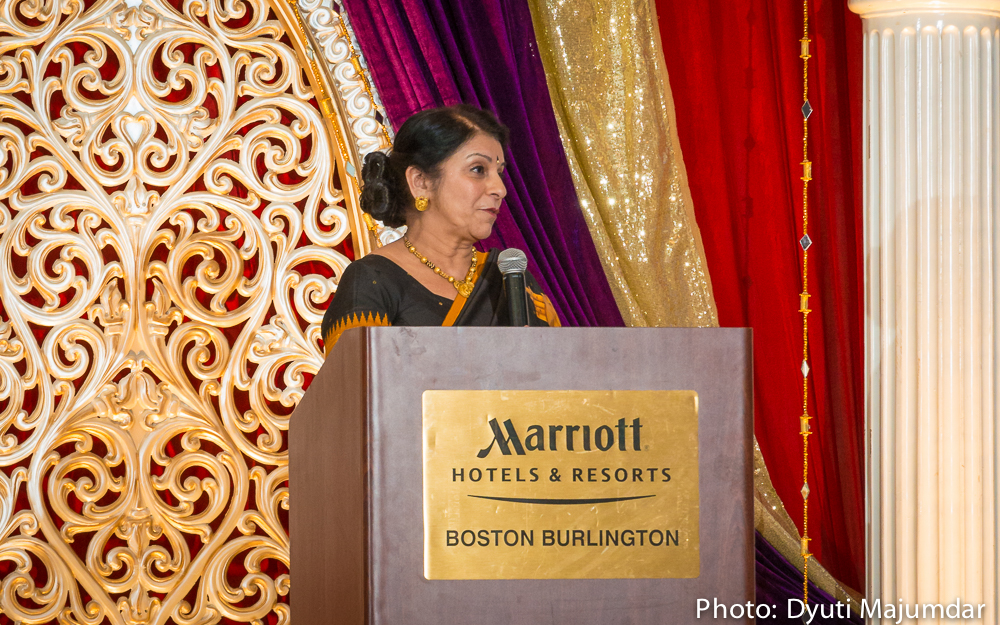 BURLINGTON, MA– Jasmine Shah, founder and director of Aangikam Dance Academy who has taught and mentored more than 2,000 students in New England area and has served the community in various capacities, received this year’s Lifetime Achievement Award at Woman of the Year Awards gala on Friday at Burlington Marriott Hotel in Burlington, MA.

“I am humbled and honored to receive this prestigious award,” said Shah, a former president of Gujarati Association of New England. “I sincerely thank the community for nominating me for this respected award and to India New England News and key organizers of this event: Upendra Mishra and Dr. Manju Sheth.”

Sylvia Ferrell-Jones, Guest of Honor and President and Chief Executive Officer of YW Boston, gave the award to Shah at the 14th Annual Woman of the Year Awards Gala.

“Dance has rightly been called the hidden language of the soul for it gives you the energy, the discipline the passion and the pure joy to follow your dreams. It was our privilege to honor Jasmine Shah, a wonderful lady who for 30 years has used the medium of dance to create some very special magic,” said Dr. Sheth, hostess of the evening and President of INE MultiMedia who launched the Lifetime Achievement Award at INDIA New England News. “Her Angikam dance academy has not just been a place to learn dance but has been a loving haven for young girls to discover the richness of their heritage  and the strength of their Indian roots.”

Shah is the founder of Aangikam Dance Academy, which teaches two classical style dances from India, Bharat Natyam and Manipuri, as well as folk dances from various regions of India. In addition, she has served the Gujarati Association of New England in various positions, including its president.

The Lifetime Achievement Award is dedicated to individuals who made a significant impact in thousands of lives, and Jasmine Shah is one of the individuals, who contributed significantly in New England area through arts and culture to keep the Indian tradition alive in Indians and Americans living in the area. 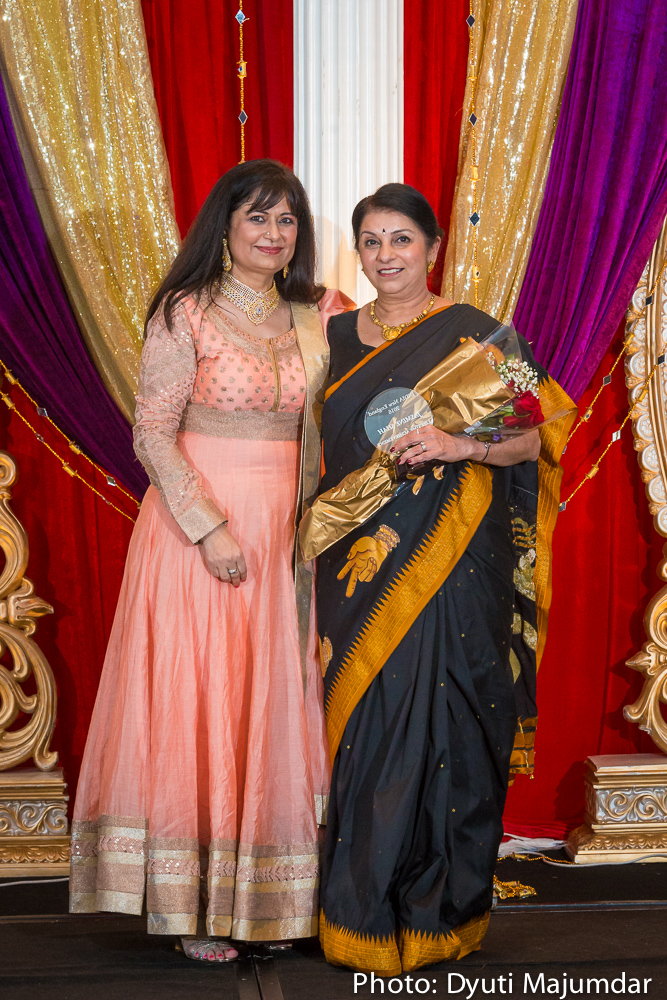