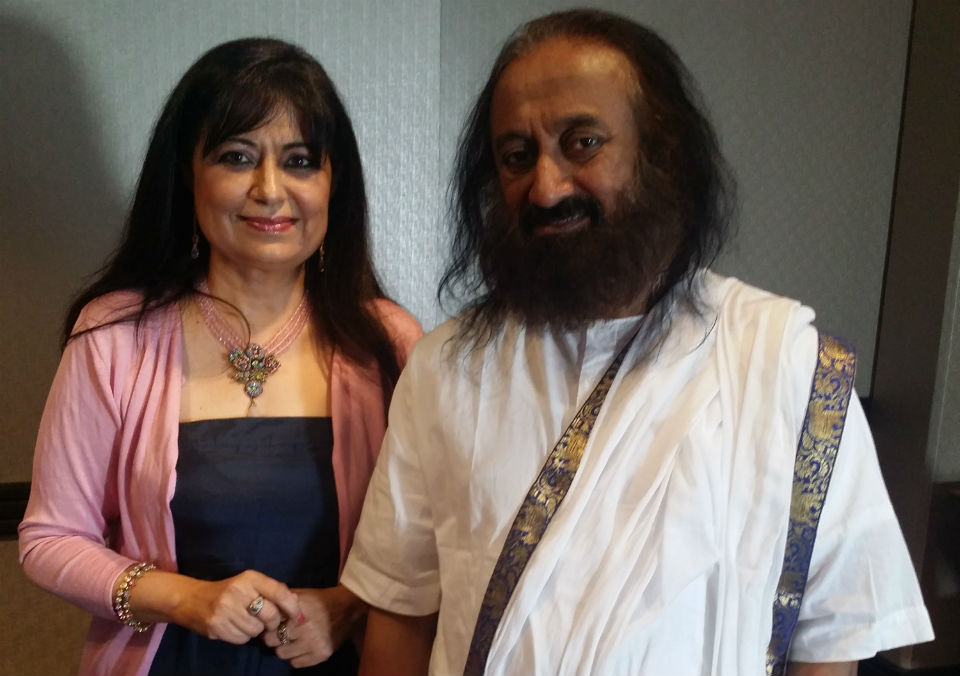 CAMBRIDGE, MA—He is known by many names: Guru of Joy, Spiritual Guru, the Humanitarian and an ambassador of peace. During his Get Happy tour of eight cities in the United States, Sri Sri Ravi Shankar sat down for an interview with Chai With Manju, and talked about happiness, love, gender equality and the importance of learning as well as unlearning things in life.

”Learning is important in life but also very important to unlearn some things,” he said. Towards the end of the interview, he talks about what does fame, money and relationships mean to him. His lessons are simple, positive, logical and his sense of humor is incredible. To watch the interview, please click here.

His vision of a stress-free, violence-free society has united millions of people across the world through through service projects and the courses of The Art of Living. He has received the highest civilian awards of Colombia, Mongolia and Paraguay. He is the recipient of the Padma Vibhushan, India’s second highest civilian award and has also been conferred with 15 honorary doctorates from around the world. 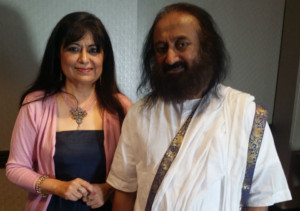 Born in 1956 in Papanasam of India’s southern state of Tamil Nadu, he was a gifted child. By the age of four, he was able to recite parts of the Bhagavad Gita, an ancient Sanskrit scripture, and was often found in meditation, according to his official website.