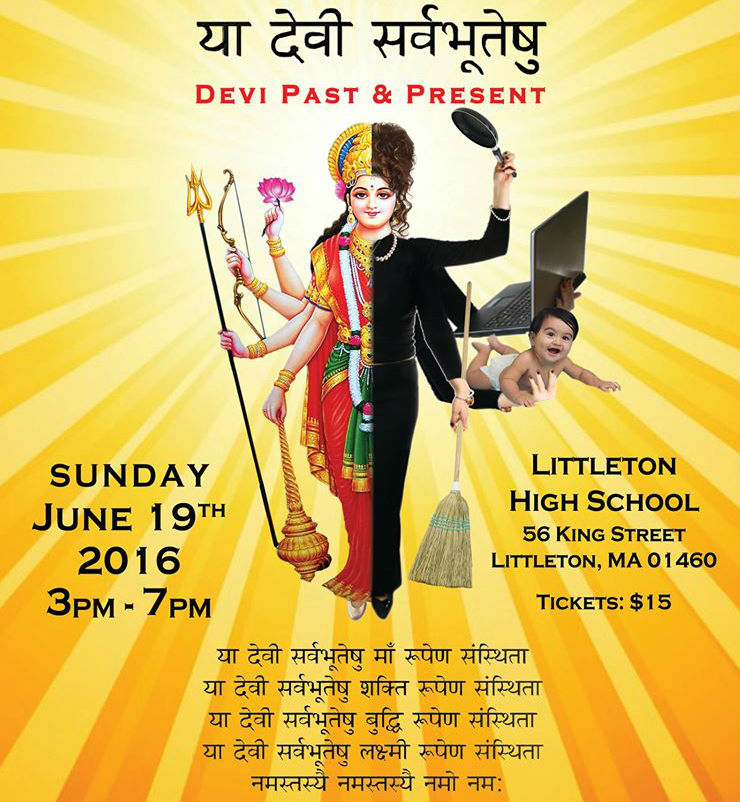 LITTLETON, MA— Approximately 200 local dancers ranging from the age group of six to sixty will participate in the Aangikam Dance Academy’s 30th Annual Show, which will be held on Sunday, June 19, at the Littleton High School Auditorium in Littleton, MA.

The dance show this year is called “Ya Devi Sarvbhuteshu” or Devi Past & Present.

“We praise Devi in her different forms and names .Together they encompass all that woman stands for,” said Jasmine Shah, founder and director of Aangikam Dance Academy.

Shah, who was bestowed Lifetime Achievement Award by INDIA New England News earlier this month, said that the meaning of the power of women has been lost over the period.

“Even though Seeta and Draupadi belonged to royal family they had no voice or opinion,” Shah told INDIA New England News. “But today’s women are trying to break away from the shackles of patriarchy. They are fighting against gender roles, social structure and trying to have their voice heard. We will let our young girls dream , explore and grow for more progressive tomorrow.”

The dance show will depict the power of women and will include songs in different languages, including Sanskrit, Hindi, Marathi, Gujarathi and English.

The song “Run the World” by Beyoncé and “This Girl is on Fire” by Alicia Keys are also part of the show to give a modern twist to the program, Shah said.

“All these shows were very well received and enjoyed by the students and audience,” said Shah. “Hoping for a great success this year too.”