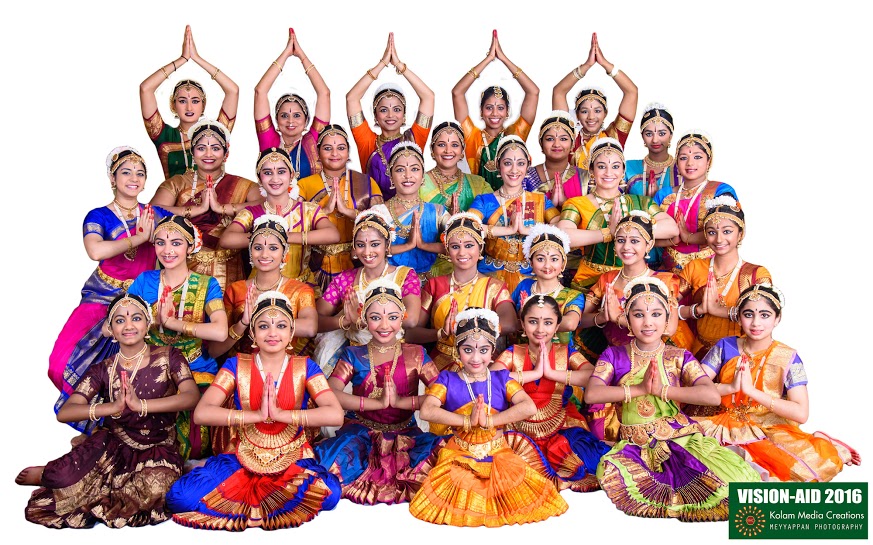 LITTLETON, MA—With over 50 dancers and actors, Vision-Aid is presenting a Broadway-style mega dance production based on the classic epic, Kamba Ramayana. The dance production, entitled “Iconic Avatar” will be staged on July 24 at Littleton High School in Littleton, MA. All proceeds will go towards supporting Vision-Aid’s efforts to help the visually impaired live with independence and with dignity.

Organizers said in a statement that the production is based on Sri Madurai R. Muralidaran’s The Iconic Avatar, a dazzling production that features new musical compositions, rich and vibrant choreography, a lyrical script and multimedia special effects all conceptualized, directed and produced by the highly acclaimed choreographer and composer Muralidaran.

The Iconic Avatar brings to life the enduring tale of Lord Vishnu’s incarnation on Earth as Prince Rama, whose virtue and valor are unshakeable through both his travails and victories.  Originally captured in the Ramayana written by Sage Valmiki, this story was famously retold by 12th century Tamil poet Kamban, who elaborated on the intense emotions and conflicts found in the tale.

It is this dramatic version that serves as the inspiration for Sri Muralidaran’s production, which has been presented internationally from Chennai, India to Auckland, New Zealand and now comes to captivate audiences in Greater Boston.

Critics have praised the clever choreography, a script that balances its powerful treatment of serious themes with light-hearted comedic moments, and special effects and direction that “[give] a 3D effect” and engage the audience in the action. This story of meeting and overcoming one’s challenges with courage and calm, faith and friendship, moves hearts beyond language and religion.  English narration, stirring music, vibrant group dances and exciting multimedia effects all make this production accessible and enjoyable to a diverse audience, and it is all in support of Vision-Aid’s noble efforts to help the visually impaired rise and meet their own challenges with success.

Seven years ago, Jeyanthi Ghatraju and Ranjani Saigal had the idea of bringing together the New England dance community under the direction of renowned guru Muralidaran to present a professional production in support of Vision-Aid.  The Iconic Avatar is now the latest in a long line of sold-out dance productions including Krishna (2009), The Justice of the Anklet (2010), Nine Pathways to Devotion (2011), Slaying of the Demons (2012), The Dancer’s Pledge (2014) and Beyond Time (2015) which have all served as the annual fundraising cornerstone for Vision-Aid’s outstanding work.

Vision-Aid’s world-class computer training programs, which are benchmarked against the programs of leading institutions, empower blind and low vision students to reach great heights. Students with vision impairment are provided with one-on-one assessments, training and devices.  Vision-Aid has been recognized six times in the past ten years for its remarkable impact and transparency.  Proceeds from this year’s mega production will go towards growing Vision-Aid’s latest project, special English language classes that provide skills to improve students’ job prospects.

“The Iconic Avatar is particularly apt for the time we are living in, when the news greets us each morning with more tragic events beyond our control or difficult decisions to make,” organizers said in the statement.   “Rama, the Crown Prince of Ayodhya, successfully defends his people against the attack of demons and showers compassion upon his subjects.   His prowess and humility win him the hand of the beautiful and virtuous princess Sita.”

However, their blessed life is disrupted when Rama’s stepmother, Queen Kaikeyi, grows jealous and forces her husband, King Dasharatha, to banish Rama to the forest for 14 years.  Travelling as an ascetic with his wife Sita and brother Lakshmana, Rama accepts this turn of events with equanimity and befriends all the people he meets on his travels.  However, he is tested once again when Lord Ravana, king of the Rakshasa demons and longtime rival of Rama, kidnaps his wife Sita.  Rama is finally beset by grief, but he is saved from despair by an encounter with the humble and divine Hanuman, who with his army of small but strong monkeys, helps Rama to find Sita, defeat Ravana and finally be crowned King of Ayodhya, ushering in an era of peace and prosperity.

The performance is on Sunday, July 24, 2016 at 4:00 pm at Littleton High School Theatre, Littleton, MA.  Tickets, as well as more information on individual and corporate sponsorships and advertisements can be found at http://www.visionaid.org/event.