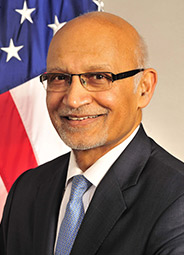 New Delhi– United States businesses will sign deals worth $27 billion with India over the next two years, a top US official said here on Wednesday.

“Over the last two years, US businesses invested over $15 billion in India, and will reportedly sign deals worth another $27 billion over the next two years,” Arun M. Kumar, assistant secretary for global markets and director general for the US and foreign commercial service, said.

Talking about increasing US investment in the Indian market, he said, “American companies are responding. Last year, US companies invested more in Indian equities than in China,” he added.

He also acknowledged India’s e-commerce market as the fastest growing in the world, and said that US companies are contributing to the sector.

“US companies have already invested billions and, in the process, are making it easier for Indian firms export globally,” he said. (IANS)