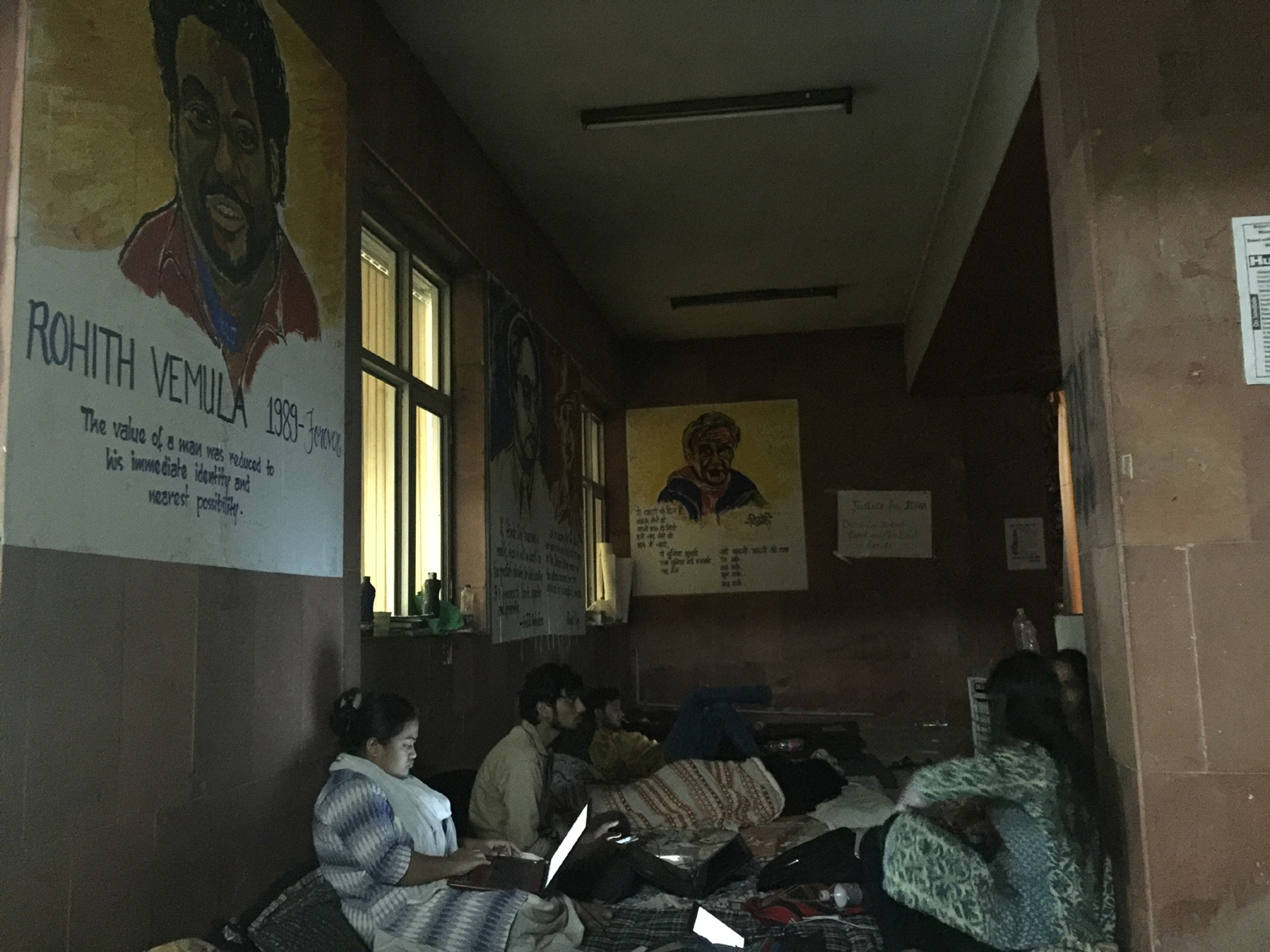 New Delhi– Water is all they claim to have had in the last 10 days of their sit-in fast at Jawaharlal Nehru University’s (JNU) ‘Freedom Square’. And yet these fasting students, whose health is sinking rapidly, vow to carry on till their hunger “to be free” is satiated.

Kanhaiya Kumar, the JNU Students Union president, gave up his protest on Friday after doctors advised him to break his fast. 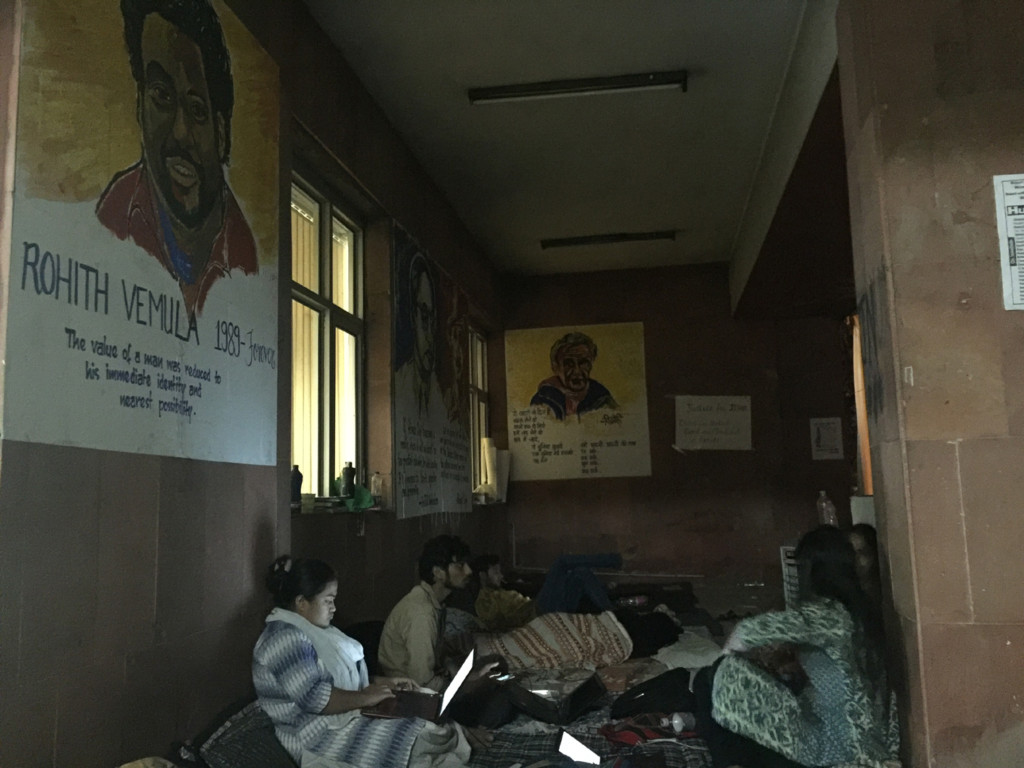 But 13 fellow students are determined not to give up and continue protesting till the university authorities revoke the punishment meted out to them over the controversial February 9 event to commemorate parliament attack convict Afzal Guru.

The students look weak; their eyes are droopy. There is a water filter and few packets of cigarettes placed nearby. Some of them puff nicotine regularly and water is what may have kept them alive. The supply is refilled as soon as both water and cigarettes are exhausted.

With large portraits of Rohith Vemula, Bhagat Singh and B.R. Ambedkar hung on the walls around, the atmosphere appears peaceful, but tense.

But there are worries that the health condition of these protesting students – lying on beds placed next to each other in the administrative block – may worsen further even as medics from the university’s health centre regularly visit them for checkups.

It would seem as if there was no energy — only a resolve — left in them.

Pankhuri, in her 20s, has lost some four kg of weight since the strike began on April 28. Her blood pressure has dropped to 90/60 and the ketone level has reached the alarming level of four.

The atmosphere is stark — in contrast to the high-voltage excitement that the campus had witnessed during the days Kanhaiya Kumar and two other research scholars – Umar Khalid and Anirban Bhattacharya – were arrested on charges of sedition for raising anti-national slogans. All three are out on bail.

But as the sun went down on Friday, the energy at the campus started building up. The stage was set for some high-octane drama near the administrative block, what the students call the “Freedom Square”.

Musicians, singers, stage artists, poets and stand-up comedians performed in solidarity with the students. And the protest marches, slogan-shouting and fiery speeches returned.

“I am here in solidarity with you all comrades,” a professor from Jadavpur University told them. “I have been on a fast for 13 days (previously),” the professor said, in an apparent bid to inspire them.

Umar Khalid, rusticated from the university for one semester with Rs.10,000 as fine for raising objectionable slogans, said he was himself “surprised”.

“I never knew I could survive so long without food. And I am more confident now,” Khalid told IANS, vowing to carry on “till the punishments are revoked”.

They alleged that the university management has not even bothered to talk to them.

“The authorities are adamant. They are not bothered about the health of any student,” Pankhuri told IANS. “But we are more rigid. We will continue to fast until our demands are met.” (IANS)