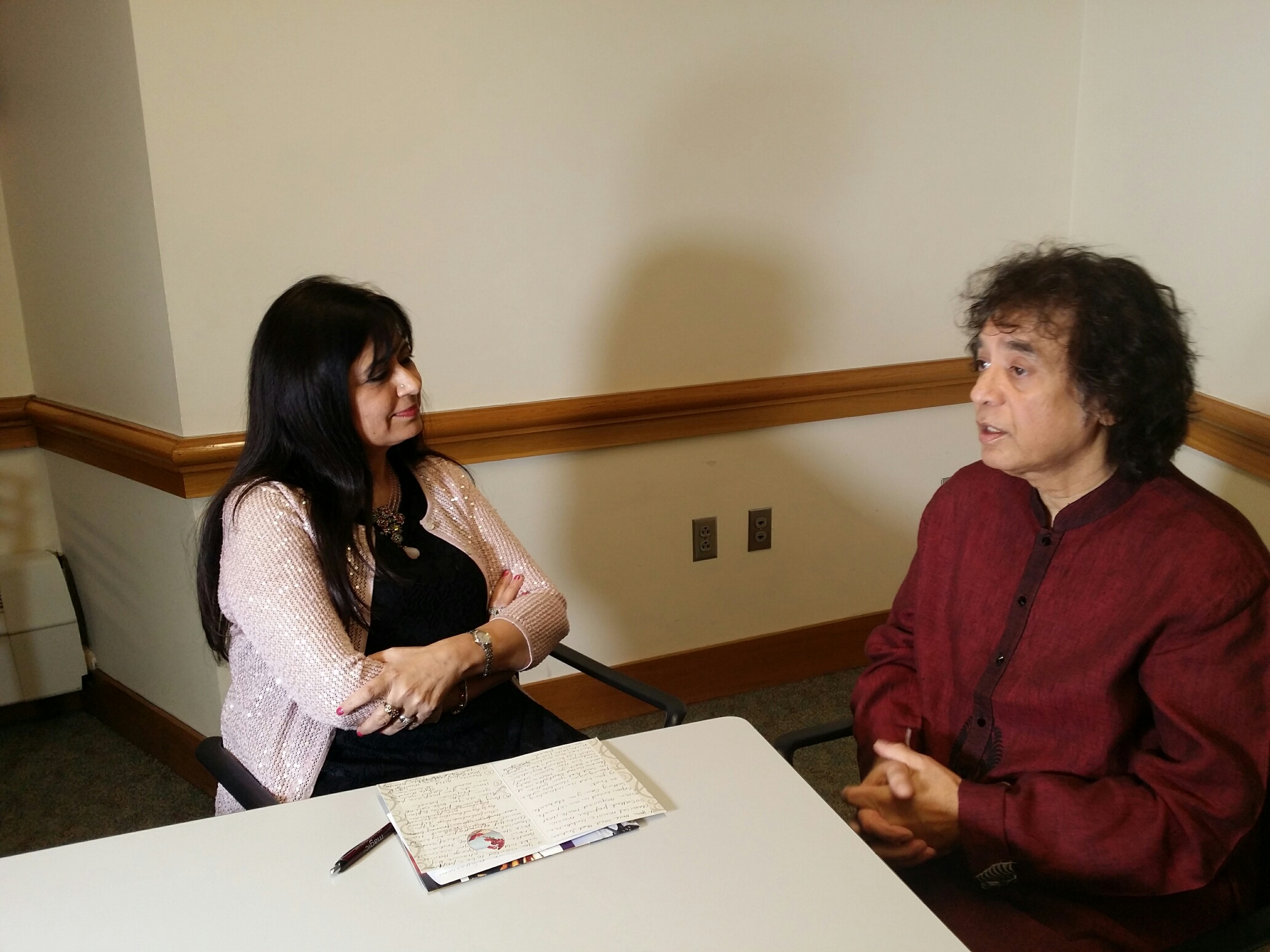 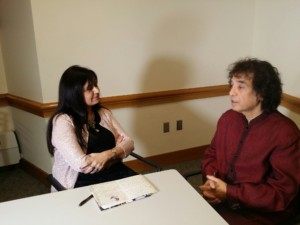 CAMBRIDGE, MA—Tabla Maestro Zakir Hussain mesmerized the packed audience in Cambridge’s Sauders Theater in late March. After all, he was performing in one of his favorite theaters along with the members of his Masters of Percussion group.

Just before going on the stage, he sat down for a brief chat with Chai With Manju. We asked him how he generally gets ready before his performances. His answer may surprise you. To watch this exclusive video interview, please click here.

Hussain and his team was on a US tour. In Boston, his concert was organized by World Music. Every other year since 1996, Hussain has served as curator, producer, and host in bringing the very cream of Indian music to tour America and Europe with his series Zakir Hussain and Masters of Percussion.

Hussain is one of the world’s great musicians. He is the reigning master virtuoso of the classical Indian tabla, an unrivaled performer with the greats of Indian music. Moreover, his remarkably wide musical vision has taken him and his tabla into unimagined realms of collaboration that make him one of the chief architects of the contemporary “world music” movement.

A child prodigy, he was touring by the age of twelve. He came to the United States in 1970, performing his first US concert at the Fillmore East in New York City with Pandit Ravi Shankar, embarking on an illustrious international career.

Hussain has received countless honors from sources ranging from the Indian, French, and U.S. governments to Modern Drummer, Drum!, and Downbeat Magazines and NARAS (the “Grammys”). He was the recipient of the 1999 National Heritage Fellowship, the United States most prestigious honor for a master in the traditional arts, presented by First Lady Hillary Rodham Clinton at the United States Senate on September 28, 1999.

In 1992, Zakir founded Moment! Records, which features original collaborations in the field of contemporary world music and live concert performances by great masters of the classical music of India. He is currently resident artistic director at SFJAZZ.