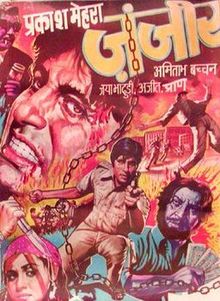 Mumbai — After the success of the film “Baaghi” starring actors Tiger Shroff and Shraddha Kapoor, their parents have planned a small celebration for their children along with producer Sajid Nadiadwala and his wife.

Shraddha is the daughter of actor Shakti Kapoor and Tiger is the son of actor Jackie Shroff. Both their parents are extremely proud of their achievement and also of their mentor Sajid Nadiadwala.

The film has been a super hit at the box office, collecting Rs. 70 crores net across India in just 10 days.

“It’s surely going to be a proud moment for Tiger and Shraddha’s parents,” Nadiadwala said in a statement. The producer also shared that the success of the film calls for a celebration.

“Their constant hard work has definitely paid off only showing more and more promise in both actors. With so much of love and success that the film has received from across it only calls for pure celebration!” he added.

Megastar Amitabh Bachchan starrer “Zanjeer” has completed 43 years of its release in the Hindi film industry and he seems shocked on “how time has passed”.

The action film revolves around Vijay, an inspector who is suspended from duty, sets out to find his parents’ murderers. With the help of a street-wise girl and a foe-turned-friend, he plans his revenge.

The 73-year-old actor took to Twitter to express his happiness.

“43 years…My goodness how time has passed…” he tweeted.

On the silver screen, the National Award winner will be seen in Ribhu Dasgupta’s upcoming thriller “TE3N”. It also stars Vidya Balan and Nawazuddin Siddiqui and is slated to release on June 10. The cine-icon will also be seen in Shoojit Sircar’s film “Pink”.

Actress Taapsee Pannu, who is gearing up for her next film “Tadka”, says embracing a new character is the biggest high for an actor.

“Leaving a look n style behind to embrace a new character is the biggest high for an actor. Undergoing it as you read this.Bye ‘Pink’ hello ‘Tadka'” Taapsee tweeted

The film is a remake of Malayalam film “Salt N’ Pepper”, and Prakash Raj was the actor and director of the Tamil, Telugu and Kannada versions and had also produced it.