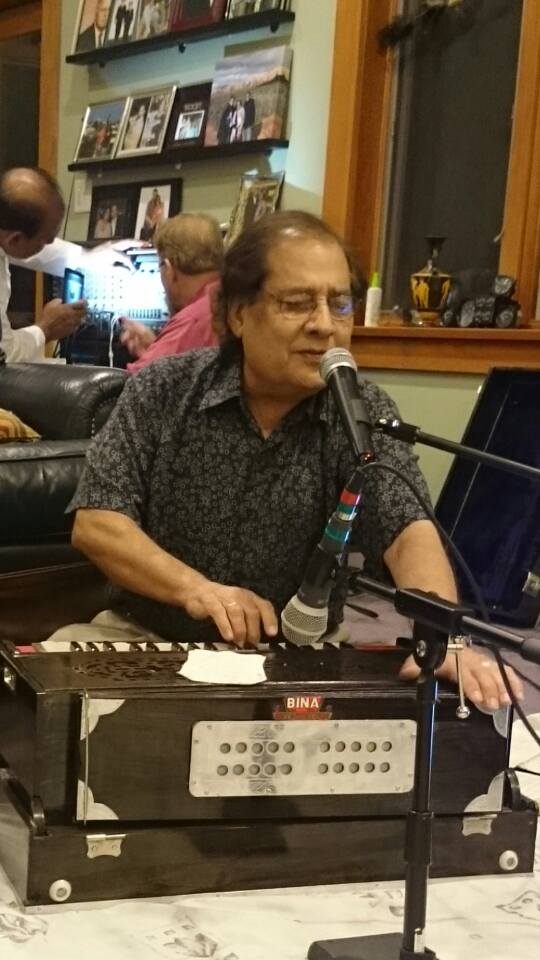 HUDSON, NH– Bhushan  Dixit of Hudson, New Hampshire, passed away on May 10, 2016, at Massachusetts General Hospital in Boston. Dixit was at MGH since the weekend and took a turn for the worse rather quickly, according to his friends.

Wake and cremation arrangements are being made for this weekend.

Dixit’s wife, Shashi, died in 2010 after a prolonged illness with cancer. He is survived by his sons, Puneet and Rohit and daughter-in-law, Avani.

Dixit was known in the community as a gentle and low-key singer and musicians who entertained his friends. He often sang the voice tone of Indian singer Anoop Jalota. He also played harmonium.

In his professional life, Dixit worked as an engineer for Digital Equipment Corporation for many years.

“We have lost one of our dear Musical Mitras (friends) this evening. Bhushan was at MGH since the weekend and took a turn for the worse rather quickly,” Kumkum Dilwali wrote in an email to friends. “Wake and cremation arrangements are being made for this weekend, and the family prefers to meet everyone then.  As we hear of final venue and timeframes, we will pass the word to you all.”