Chennai– The Tirupati Balaji temple management said it has deposited 1,311 kg of gold with a public sector bank under the Gold Monetisation Scheme and is negotiating for better terms for making more such deposits.

The depoit of 1,311 kg of pure gold bars of 0.995 fineness was made with the Punjab National Bank on Monday, the Tirumala Tirupati Devasthanams (TTD) said in a statement. 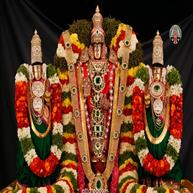 The TTD manages the Balaji or Sri Venkateswara Swamy Temple in Tirupati in Andhra Pradesh. It is believed to be the richest temple in the world, with annual offerings from devotees worth hundreds of crores of rupees.

The deposit was made under the three-year short term Gold Monetisation Scheme and the PNB was chosen because it quoted the higest interest rate at 1.75 percent per annum, said the statement, citing TTD Executive Officer D. Sambasiva Rao.

The short term scheme has the advantage that the deposit can be redeemed in gold which temples like Tirupati favour.

The TTD has written to the Reserve Bank of India (RBI) and the central government to amend the gold monetisation scheme.

“If we get a green signal from them, then we could be able to deposit the existing deposits as well new one also under medium and long term schemes,” Rao said.

The TTD has reportedly been demanding that the deposits under medium and long term schemes of the Gold Monetisation Scheme should also be redeemable in gold so that depositor-temples get more attractive returns.

“Gold offering will be around one tonne per year. In the case of property deeds, due procedure is followed by the concerned department to transfer the title. The temple also gets silver, diamond and other items,” a TTD official told IANS on Tuesday.

According to the TTD official, the budget revenue for the organisation this year will be about Rs.2,600 crore, of which the devotees offerings in hundi is estimated at around Rs.1,000 crore.

On the auctioning of human hair offered by devotees to the Lord, he said: “The revenue this year is expected to be around Rs.140 crore.”

The major outgo will be towards wages and salaries, estimated at around Rs.500 crore this year. (IANS)