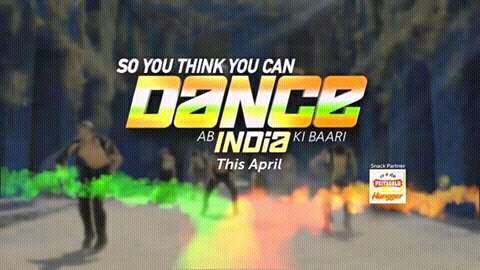 Mumbai– Dance reality TV show “So You Think You Can Dance-Ab India Ki Baari” which will be judged by a panel of three judges consisting of actress Madhuri Dixit, choreographers Terence Lewis and Bosco Martis was launched here on Tuesday night.

Giving an example of their hosting skills, TV actors Mouni Roy and Rithvik Dhanjani took the stage to kick start the launch event, pulling each other’s legs, giving way to the dancers who later performed a power packed dance sequence.

With the same concept as that of the western version of “So You Think You Can Dance”, the show which will be aired on &TV will be a battle of street and stage dance styles.

A street dance is a dance style which evolved outside dance studios in any available open space such as streets, dance parties, block parties, parks, school yards, raves, and nightclubs. The term is used to describe vernacular dances in urban context.

A stage dance on the other hand is a theatrical representation of a story that is performed to music by trained dancers.

“It is going to be very interesting because we have stage verses street style. The choreographers will have a tough time. One has to see how much of stage style can match up with the street style and vice versa,” Lewis told IANS.

“The ultimate winner from a gruelling Street v/s Stage Gala rounds will be chosen under the guidance of an esteemed jury. We believe that the show will give a new momentum to the weekend television viewing experience,” Rajesh Iyer, business head of &TV said.

While the dancing Diva Madhuri, was wearing a black and white dress with a bling statement necklace piece, Bosco could be seen wearing a military coloured layered outfit. Lewis on the other hand looked dapper in a tight white shirt, flaunting his muscled look with his hair brushed back.

Produced by Endemol Shine India, the show will air on April 24.