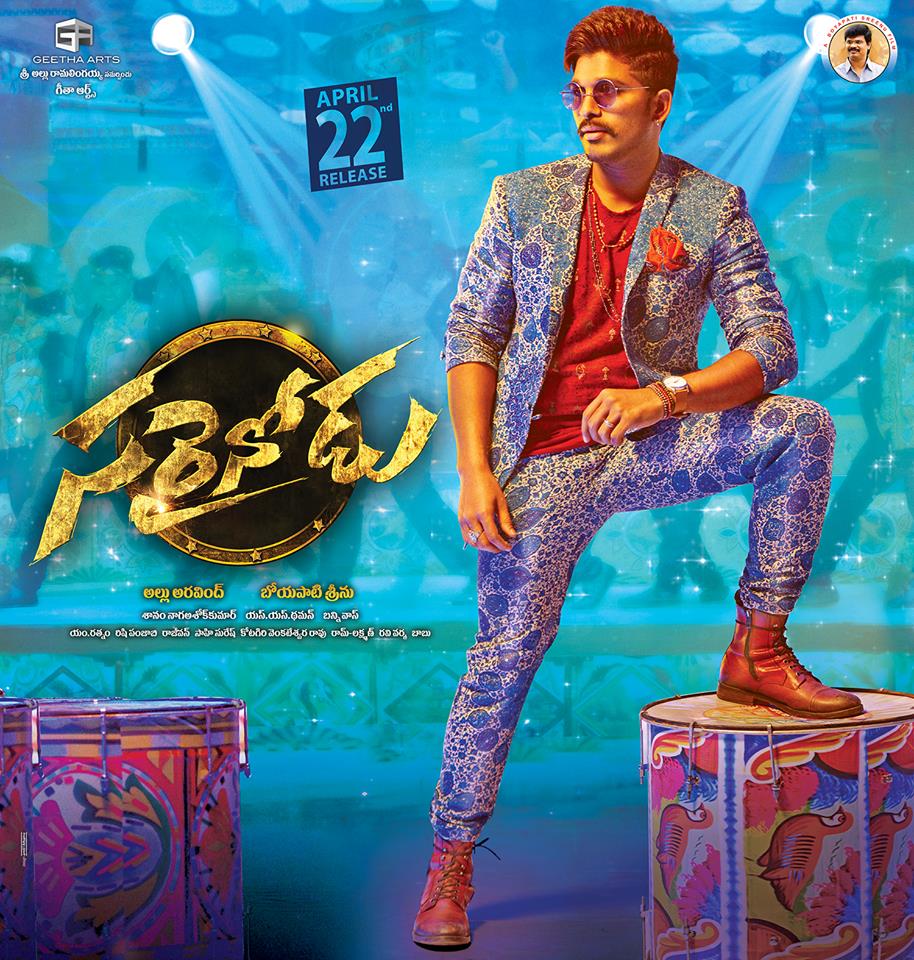 Director Boyapati Sreenu has succeeded in increasing the dosage of violence with each outing, making his movies more commercial and equally cringe-worthy than anyone could imagine in their wildest dreams. In “Sarrainodu”, when Allu Arjun makes a stylish entry, flying off a jeep, you might find the gravity-defying stunt silly, but the truth is that no other director could’ve given Allu Arjun a much better introduction and there’s no denying that the masses love it.

“Sarrainodu” is the kind of film where the hero rises to the occasion, despite the wafer thin plot, and owns the show with his terrific screen presence. Allu Arjun, as the mass-appealing hero, is a treat to watch every single time he flexes his muscles, almost ripping his shirt sleeve.

His machismo is aptly complemented by exquisitely shot action sequences, whistle-worthy dialogues and two beautiful leading ladies — Catherine and Rakul — who keep the glam quotient high, even though they have very little to contribute in terms of performance.

When Arjun is not on the screen, the film’s best moments come from Vidyullekha, who plays a Tamil daughter-in-law to veteran actress Annapurna, and scenes between them are outright hilarious, while racist at times. Aadi Pinisetty, a highly talented performer, doesn’t quite make the cut as the baddie. Guess one has to blame his poorly written character for not being able to make an impact.

Thaman’s songs work from the film’s perspective, especially the chartbuster number “Blockbuster” feat Anjali, but his jarring background score is far too loud to bear.

On the commercial meter, Boyapati and Arjun go full guns blazing with “Sarrainodu”, and I doubt if any other director could’ve pulled this off. Perhaps, the title, which roughly translates to the “Right Guy”, is apt for Boyapati, who wears his commercial tag like a medallion. However, this leaves us with one question which is, how long can he sustain making this kind of films?