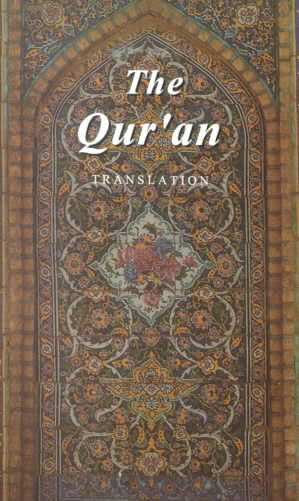 WALTHAM, MA–Ahmadiyya Muslim Community Boston is holding a talk on True Islam campaign and a Qur’an symposium. This event is aimed at removing misconception the general public has about true Islamic teachings in the Holy Quran.

The organizers and panelists will share community’s grassroots efforts to promote peace and curb youth radicalization.

The seminar and Quran exhibition will be held on Saturday, April 23 from 1 pm to 4:30 pm at Francis Buttrick Library, 735 Main St in Waltham, MA. The event is free and open to the public.

The Holy Qur’an, the sacred scripture of the Muslims, contains the beautiful teachings of Islam and is the world’s most often read book worldwide. Most recently, it has come under attack and is being maligned by people alien to its true teachings.

The Ahmadiyya Muslim Community Boston Chapter is holding the public event to share brief glimpses of the Qur’an (featuring numerous translations & calligraphic art) and educate fellow Americans on its true teachings. The symposium will also feature an interactive session wherein questions and concerns from the public will be addressed.

Events: Seminar/ Talk on “Glimpses of the Holy Quran” – Exhibition