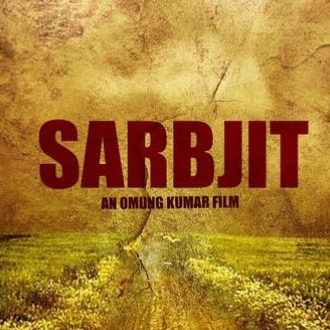 Mumbai–The trailer of “Sarbjit” is out and it shows Aishwarya Rai Bachchan’s struggle with justice to secure release her brother Sarabjit, played by Randeep Hooda, from a Pakistan prison. The trailer also depicts the sweet and sour relation of India and the neighbouring country via dialogues.

“Sarbjit” is a biopic on Sarabjit Singh, an Indian farmer who was convicted of terrorism and spying in Pakistan and was sentenced to death. He was attacked by inmates at a prison in Lahore in April 2013 and died a few days later.

The film features Aishwarya playing the role of Sarbjit’s sister, who dedicated her entire life in getting her brother back home as a free man.

The two-minute long video begins with a search operation for Sarbjit by Aishwarya, who can be seen in a de-glam bespectacled avatar.

One of the dialogues in the trailer goes: “Kyun har Hindustani dushman aur har Pakistani aatankwadi hai (Why is every Indian an enemy and a Pakistani a terrorist?”. It has been mouthed by Aishwarya.

“Sarbjit”, which also features actors Richa Chadha and Darshan Kumar in key roles, is slated to release on May 20.

Sidharth Shukla most searched celeb on the Net; Kareena No. 1 among women

Pan-India Epic ‘RRR’ makers to release film in over 1,000 multiplexes across the US