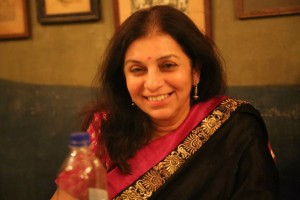 BURLINGTON, MA—Jasmine Shah, founder and director of Aangikam Dance Academy who has taught and mentored more than 2,000 students in New England area and has served the community in various capacities, will receive this year’s Lifetime Achievement Award.

Lifetime Achievement Award is bestowed upon annually by INDIA New England News, the region’s oldest and largest print, online and video magazine. In an exclusive DreamCatchers video interview, Shah talks about her journey. To view the interview, please click here.

“I am humbled and honored,” said Shah, a former president of Gujarati Association of New England. “I sincerely thank the community for nominating me for this prestigious award and to India New England News.”

Shah will receive the award on Friday, June 3rd, at the 14th Annual Woman of the Year awards gala, where 20 outstanding women in areas of science, technology, business, healthcare, art and culture, and community and social services will be honored. The Lifetime Achievement Award is given to a women who has contributed to the community for over a decade.

Shah is the founder of Aangikam Dance Academy, which teaches two classical style dances from India, Bharat Natyam and Manipuri, as well as folk dances from various regions of India. In addition, she has served the Gujarati Association of New England in various positions, including its president.

“We were very touched by the beautiful letters and emails that we received nominating Jasmine Shah for the Lifetime Achievement award,” said Dr. Manju Sheth, who launched the Lifetime Achievement Award at INDIA New England News. “Dance is a great way to learn about our culture and heritage. It also teaches you discipline. It has rightly been called a conversation between a body and soul. Gurus and dance teachers are often the first mentors. We thank Jasmine and all the gurus in our community for making such an enormous difference in our lives and that of our children.”

“As a child, I was very wary of my Indian culture battling both the American lifestyle and living in an Indian home. Going to a dance school named Aangikam, I felt emotions of embarrassment, and discomfort amongst my school friends. Not only was I nervous of performing in front of an audience, I wasn’t proud of being an Indian dancer,”  wrote one of Shah’s students.  “As years passed, with my parents’ support, I grew out of that self-conscious shell of not-knowing-who-I-was, to being proud of my identity as an Indian first and an American second. If it wasn’t for my experience of dancing nearly fifteen years under the guidance of Jasmine Auntie, I would never appreciate and truly love the unfathomable heritage our country of India holds. With each beat of the music, glance of the eye, and strength of the foot, I have gone beyond just a dancer. I have found who I am because Jasmine Auntie never failed…as a guru…as a mother…and most importantly, as a person.”

Added the student: “Today I can confidently say my Jasmine Auntie is most deserving and most worthy, because of her undeniable perseverance for her hundreds of children, her activist donation to the Indian community, and the thousands of eyes she has opened….by just being her.”

The Lifetime Achievement Award is dedicated to individuals who made a significant impact in thousands of lives, and Jasmine Shah is one of the individuals, who contributed significantly in New England area through arts and culture to keep the Indian tradition alive in Indians and Americans living in the area.

Here is a brief summary of Shah’s achievements: